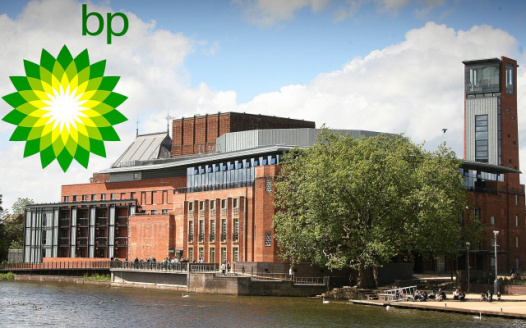 Boycott the RSC until it drops BP

We, the undersigned, stand in solidarity with the youth strikers and agree wholeheartedly with everything stated in their recent letter.

We fully support their call for a boycott of the RSC unless BP’s sponsorship is dropped. We also fully support Mark Rylance's recent decision to resign as an RSC Associate Artist in protest at the ongoing BP sponsorship deal.

We make this call as artists and creatives who love the RSC – who have been inspired by its shows as kids, and for whom working on its stages means the fulfillment of a lifelong dream. However, it damages our community when our work allows BP to appear as philanthropists, just as climate breakdown wreaks havoc in the Global South - impacting the poorest and most vulnerable - and threatens further global devastation in the near future.

Having the branding of oil companies such as BP present in theatres and civic spaces reinforces the unhelpful image that they are somehow a necessary part of our culture - an impression we must desperately move away from if we want any hope of imagining and actualising a more sustainable society.

As the youth strikers note:

‘This sponsorship deal allows BP to pretend that it cares about young people by giving them “the chance to be inspired by amazing live performances and kindle a lifelong love of theatre”. In reality, BP is jeopardising the futures of the young people they apparently care so much about, by continuing to extract huge quantities of oil and gas.

‘BP is top of the list of companies blocking climate action in Europe, and spends tens of millions of pounds every year on lobbying around the world.

‘97% of BP’s capital investment remains in oil and gas, and they plan on spending £41 billion on exploring for new oil in the next decade. As an organisation that appears to care about climate breakdown, it simply makes no sense for the Royal Shakespeare Company to accept sponsorship from a company that is the third biggest corporate source of greenhouse gases in history.’

We the undersigned commit to the following until BP is dropped as a sponsor:

We do not say this in anger or righteousness. We are all together in this crisis; culture is powerful, and we as a community have the opportunity to positively influence people with the choices we make. But we must act now. To wait any longer is climate crisis denial.

The RSC has the chance to inspire us once again.

We know you will do the right thing.