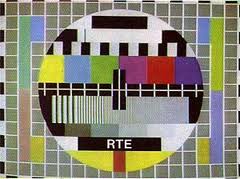 Boycott RTE (and all other media that lies to us)

It should be obvious to everyone by now that the media has been lying to us all along. Thousands of people protested in Dublin city centre over the water charges, and not a single mention of this on RTE news. Heavily biased debates on Prime Time where no tough questions were asked, have made it obvious to a lot of people that our media lies by omission and is serving the needs of Irish Water and not the public.

Radio talk show hosts make every effort to make protestors look foolish by asking loaded questions, using ad hominem attacks, bandwagoning, accusing them of being conspiracy theorists, giving the general public the impression that everyone who is sensible, will pay the water charges, and everyone who is opposed to them is a lunatic conspiracy theorist. It should be obvious to everyone by now that most ordinary people are strongly opposed to this double taxation.

We don't have to put up with this. The power is in our hands to stop this madness. Sign the petition. Share it with as many people as possible. Any shops or pubs that you enter that play lying radio stations or air lying news programs, voice your objection to them, ask them to change the channel and let them know about the boycott. And we can put these liars and frauds out of a job by sending this petition to all businesses that advertise on these stations. Without advertising money these liars and frauds can't make a profit. Let's hit them where it hurts. Turn off your TV and radio and restore your stress levels to a calm and healthy state. Sign the petition today.