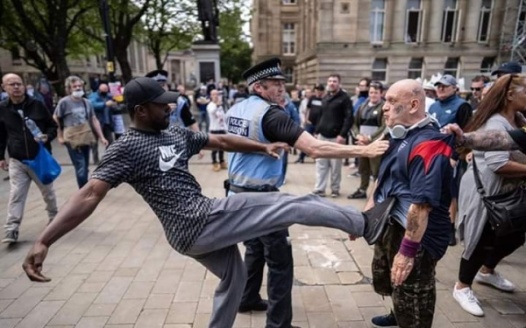 Cressida Dick has proven several times that she is not capable of overseeing the Metropolitan police . On 6/6/2020 the Met not only stood by and watched as several statues and monuments were defaced , they literally bowed down on bended knee whilst numerous crimes were committed and they ran away rather than do their jobs . They were in normal police uniform .
On 13/6/2020 the Met were in riot gear with shields .
Peaceful patriots and veterans were physically attacked yet the Met did NOTHING !!!
Several people were injured , one white man was stabbed in the neck by a black man in what was clearly a racist attack . Despite the huge police presence the attacker was not arrested !!

This is 2 tier policing on Dick's watch .
It's time she was sacked . She is clearly not up to the job and must go with immediate effect .