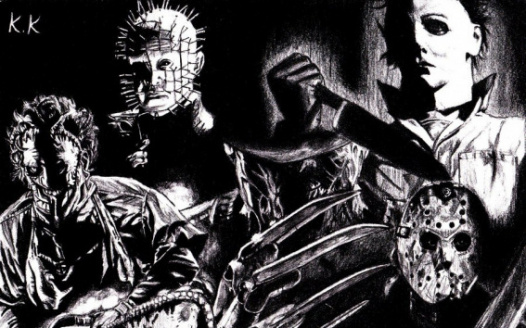 This petition is to get all the iconic horror movie slashers such as ,Pinhead, Jason, Freddy, Michael, Ghostface, Chucky, etc. under one studio Blumhouse Productions. Constructing a series of crossover events leading up to an epic finally.

A 12 year contract between blumhouse and these studios would garnish lucrative financial income for all studio’s involved such as, Dimension Films, New Line Cinema, Universal and many more.

Only requiring them to come to a temporary deal similar to that of the one recently made for the Halloween franchise. By doing so revitalizing a number of franchises most of which are not currently in use.

In addition, many studios need to move forward with the times. It’s all about the shared Cinematic universe. A collaboration of this style has not yet been done. Literally having the potential to rival the financial and cinamatic success of the Avengers if done properly. Building yet another multibillion dollar franchise...Thank you