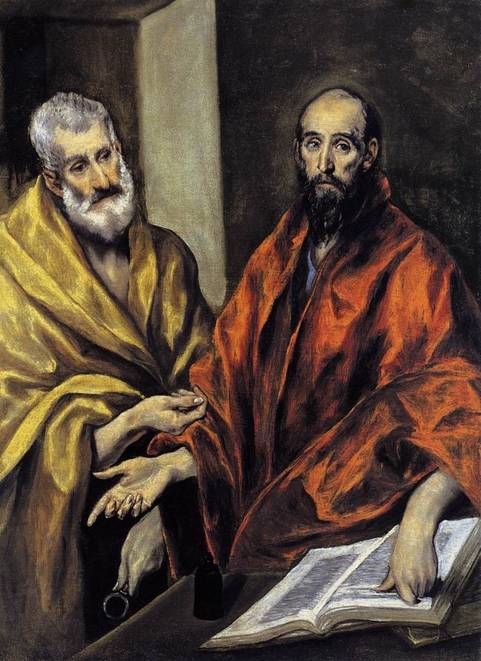 Bishops: Be brave before Pope Francis as Paul before Peter and courageously tend your flock

Since the presentation of Pope Francis’ post-Synodal apostolic exhortation Amoris Laetitia on Friday, April 8, 2016, perhaps with the exception of Bishop Athanasius Schneider, it appears that there isn’t any other Bishop in the whole world performing the duty incumbent upon them as regards the troubling exhortation. How can it be that as regards an exhortation that ought to be condemned that there is such a deafening silence from those who are the successors to the Apostles, the ones appointed to be shepherd of the LORD’s flock, the ones called to preach the Word they received in season and out of season?

The oft repeated line being offered is, 'Doctrine has not changed'. This is a red herring, a party line, a misdirection. Given the troubling nature of the pope's exhortation and the consternation it is has created, the first step of any good shepherd is to ensure that none of his sheep is attacked, consumed or carried away by false doctrine/teaching. Pope Francis' exhortation needs to be examined under the pure and untarnished light of the Sacred Deposit of Faith [=Sacred Scripture + Holy Tradition] - this is what does not change! - and if found wanting, the document needs to be repudiated and it and Pope Francis be condemned, because that's precisely what the Sacred Deposit of Faith says ought to be done and the one who says this is Apostle St. Paul, whom you succeed in office. The same Apostle Paul has given the example of being brave to oppose Peter to his face should Peter stand condemned.

The LORD taught that even evil fathers know how to give good gifts to their children and it common sense that a good father will not lay before his children food that he knows is laced with fatal poison or even contaminated enough to make them sick. How is it then the successors to the Apostles can be so silent about Amoris Laetitia when the duty incumbent upon such a successor is to be brave as Paul before Peter and call out Pope Francis on his exhortation which is but just one among many of his condemnable actions since he ascended the papal chair?

In many cultures around the world, among many peoples, the glory of men is brave victors in battle. And so the Spartan mothers said to their sons departing for war, 'Son, either with this or on this' (pointing to their son's shield). God foresaw us at this moment which has revealed in our time the War that broke out in heaven. It appears we are faced with that which is almost inconceivable to the mind of an orthodox Catholic, that the enemy in this battle is an enemy from within with the pope as its leader. The whole of Pope Francis' pontificate has been troubling and now we have a document Amoris Laetitia that is very problematic and replete with many errors on so many levels.[i],[ii]

We have even a better Mother, Our Lady, Refugium peccatorum, Consolatrix afflictorum, Auxilium Christianorum to support us than did those Spartans have as they went off to do battle. May she,the destroyer of all heresies, obtain for you all the graces and help you require to stand courageously and tend the LORD’s flock in his sublime name, and to be brave to oppose Pope Francis to his face for his condemnable Amoris Laetitia and other acts.

Your Excellencies, your Apostolic blessing for us and our families.

[i] Pope Francis & The Synod on the Family 2015 STAND CONDEMNED!