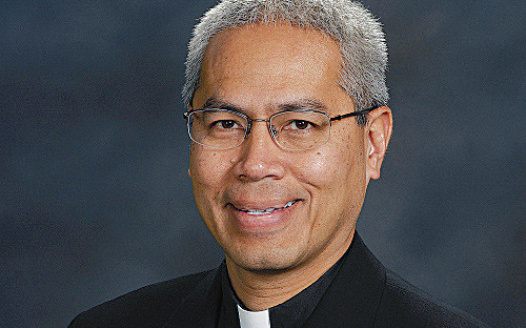 We the undersigned, request that the Diocese of Arlington, Virginia return Father Ronald Escalante to his parish as pastor of Saint Francis de Sales Catholic Church in Purcellville as soon as possible. We also request that the diocese do their utmost to rectify the damage to his name and reputation by releasing the results of their investigation in as fully a transparent manner as possible. Every person involved in creating and allowing this lie to perpetuate are guilty of violating the 8th Commandment. We will not sit idly by as good and holy priests have their lives and vocation destroyed at the whims of those who just wish it to be so.

Fr. Escalante was placed on administrative leave in late 2018 due to an alleged boundary violation involving a minor. The diocese then issued a press release (see here) that was picked up by various news media. A local reporter then released an article here in April 2019 that confirmed with three sources that a disgruntled staff member had convinced a parish family to make up a false accusation about Father Escalante and report it to the diocese. The outcome of the above actions by parish staff, the accuser and the diocese is that a priest’s name and reputation were permanently damaged. In cases of real abuse, this is a necessary outcome, for justice and for the protection of society, but in cases where there is no abuse, this is scandalous, defamatory, and frequently irrepairable.

We the undersigned, believe that having done even a modicum of due diligence, the diocese should have realized that the charges were at best minor, and at worst, the work of those operating under false pretenses. The diocesan polices that were developed to handle serious cases of sexual abuse should not have been used to remove Fr. Escalante from the parish and permanently damage Fr. Escalante’s name and reputation. The criminal investigation lasted less than a week and the Loudoun County Sheriff's Office completely cleared Fr. Escalante. Five months have gone by, and the diocese still has not released the results of their investigation.

We the undersigned, in addition to much of the Catholic faithful and the world, have witnessed with sadness and frustration the many years of mishandling and disgusting behavior of countless clergy in the Catholic hierarchy. Those who should be most trusted, abuse their trust and perpetrate great harm to children entrusted in their care. This petition is one means we have of letting the hierarchy know loud and clear that the Catholic faithful are paying close attention, to ensure that good priests are not being mistreated and banned from public ministry due to overzealous or false accusations.