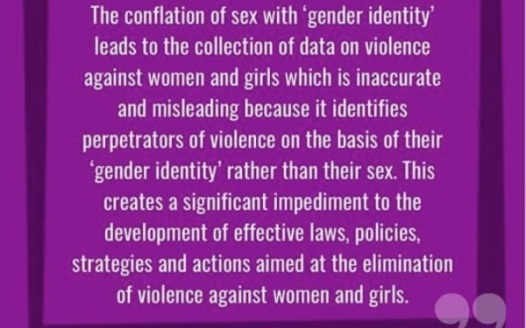 A birth certificate is a vital record that documents the birth of a person.

Currently in QLD an individual can apply to note a "sex change" on their birth certificate if they have had sexual reassignment surgery. This already goes too far as humans cannot change sex - superficial surgeries and hormone treatments don't actually change your sex. Your DNA and genetics remain the same, for life.

QLD Birth Certificates should act as an official record of BIRTH and hence should record biological sex and be a reflection of reality. This official document should not be able to be altered based upon an intangible "gender identity" especially if the individual still retains the external genitalia and body of their birth sex.

Allowing changes to official birth records means that other Australian or QLD statistics including Crime Statistics will be inaccurate and rendered useless for research and funding purposes.

Why should an individual be permitted to alter an official government record to appease an ideological belief that not all of the population of a secular society such as Australia shares?

We don't support calls for further amendments which could see sex on a QLD birth certificate changed just on self-declaration alone (that is, a male could simply say they're a woman and have the sex on their birth certificate updated to reflect this).