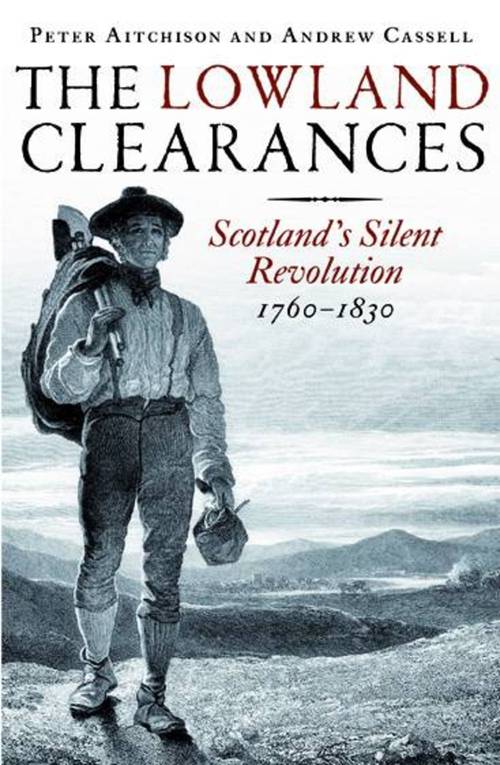 ***17/12/15 Update! - it is now possible to preorder the title from Birlinn via Amazon - order your copies of the book today at http://www.amazon.co.uk/The-Lowland-Clearances-Sco...***

You have the rights to Peter Aitchison and Andrew Cassell's The Lowland Clearances - first published in 2003 and now listed as "out of stock" on your website.

It is possible to buy a new (2013) edition of Eric Richard's book on the Highland Clearances for £12.99. It is also published by you.

For some reason, you have been reluctant to re-print the book, let alone commission an updated version.

It is impossible to understand the Highland Clearances without knowing that they were preceded by the Lowland Clearances. The Clearances began in Galloway in 1724 when it took an entire regiment of soldiers 9 months to suppress an armed uprising against clearance.

Please commission an updated version - we will buy it!

About the book "The Lowland Clearances":

This revolution of 'improvement' helped shape the landscape we accept today as the Scottish countryside. But it also swept aside a traditional way of life, causing immense upheaval and trauma for rural dwellers, many of whom moved to the new towns and cities or emigrated. In the later eighteenth century the simple act of losing land and becoming landless was much more significant for large numbers of people in Lowland society than it was for those in the Gaelic- speaking Highlands of Scotland. The Lowland Clearances also set in train the trend of depopulation which continues to affect Scotland to this day; the number of people who left the Lowlands during the agricultural revolution far exceeded the number exiled from the Highlands. And yet, compared to the Highlands, very little has been written or published about the Lowland Clearances. This book, based on the highly acclaimed BBC documentary series, aims to redress that imbalance. It does not deny the clearances in the Highlands and Islands but reflects pioneering historical research which establishes them as part of a wider process of clearance which affected the whole of Scotland.