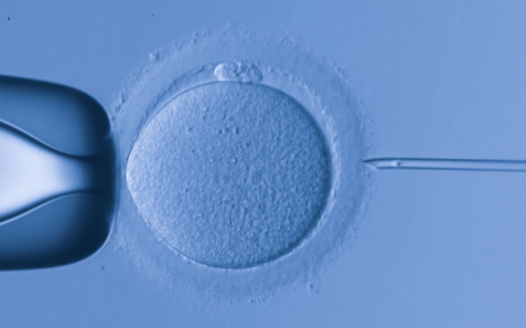 Fund research on therapeutic cloning and on in vitro human germline genome editing, and allow mitochondrial donation in clinic for preventive purposes

The criteria for funding biomedical research must take account of all those experimentations that can protect and promote scientific progress in the treatment of serious diseases in order to guarantee the primary interest of patients and future generations of human people.

The studies of embryonic stem cells and on germ-line genome editing are promising experimentations respectively to find cures for several types of severe diseases and to prevent inheritable ones in the offspring, so they should not be excluded a priori from funding.

It is also important that in the future the results of all these experiments are shared among all the people and benefit the entire world population, European citizens included, so it is wrong to let them take place only outside a region with a tradition of democratic values and respect for the rule of law like European Union because this would have no control over the process leading to the applications of such results. The European Union should impede only the clinical use of activities that have not yet yielded effective and safe results in basic and pre-clinical research or that do not respect human dignity.

In European legislation, article 6 of the Directive 98/44/EC, also known as Biotech Directive, rightly impedes from granting patents on types of research on therapeutic cloning and on human germ-line genome modification because there are sensitive ethical and social implications. Unfortunately that also means that probably no company or public body will invest in them because it would not recover the expenses. Finding privates who do charity on these types of research is difficult because they are expensive, so they need funding from the State. Funding from the European Union would be important.

These and other reasons explained below well explain the importance of encouraging those research trough State funding. Uncontrolled research is dangerous, instead doing research controlled and funded by the State is better than not doing any research.

The transfer of the nucleus of a patient's somatic cell into an egg cell deprived of its nuclear genetic material would allow the production of embryonic stem cells compatible with the patient's own immune system, in order to avoid the transplant rejection.

While newly or yet to be developed medical advances, like somatic genetic therapies, are certainly welcome because they are necessary to treat sick people, they do not block the passage of harmful germ-line mutations from generation to generation and rather allow them to elude natural selection by transmitting from patients to their children, so to descendants. Harmful mutations occur spontaneously with a greater frequency than beneficial ones. All that could cause an accumulation of harmful mutations in the offspring increasing the incidence of hereditary genetic diseases in the human population over the generations, constraining to resort more and more often to the same therapies that indirectly cause their spread.

Unfortunately, pre-implantation genetic analysis and embryos selection have limits that do not always make them sufficient or useful to deliver a "healthy" child and, mostly, a child in any case not carrier of the dangerous genetic or chromosomal variant inherited from her\his parents and, in turn, transmissible to her\his future children.

If appropriate basic research were carried out on human gametes precursor stem cells, “fertilized oocytes”, zygotes, and very early embryos in future it may become feasible to modify the human genetic heritage in a hereditary way through genome editing with safety and efficacy and to use this possibility to prevent the hereditary diseases for all the descendants.

The overwhelming majority of the international scientific community has asked for a moratorium of a few years on the clinical use of germ-line genome editing, because the research is still far behind and therefore any clinical applications are for now too risky and therefore premature, but does not asked for a ban and considers very important to continue basic research in the meantime, because these experiments promise to make germ-line genome editing become a better method to prevent hereditary diseases linked to nuclear DNA than pre-implantation genetic analysis and embryos selection alone.

While genome editing techniques are not yet ready to be applied to the germ-line in the clinic, some mitochondrial replacement techniques are because these "by replacing mitochondria replace their DNA without directly altering its sequence" (unlike genome editing), some of them have already successfully passed both basic and pre-clinical trials and two of them (spindle transfer and pro-nuclear transfer) have already been tested in the clinic leading to the birth of some children who are all healthy. In general mitochondrial replacement techniques are the only concrete possibility available to date capable of preventing the transmission of mitochondrial DNA related diseases from mother to her children and from her daughters to future generations.

Help us to ask European Union for this by endorsing our proposal on the site of Conference on the Future of Europe:

Thank You very much!