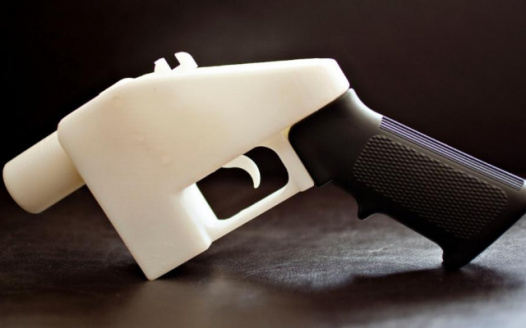 The gun is a weapon that can kill quickly and from a distance, and because of these attributes is immensely deadly. The lethality of the gun has been taken advantage of by criminals across the world. So, nations, and more specifically the U.S, have put regulations in place to try and limit the accessibility of guns for criminals. But, a new model is on the market that may overthrow all the stability created by these regulations.

You see, the Liberator is very different from the guns that came before it in the way that it’s made out of thermoplastics, pretty cheap, and lacks a serial number. This combination of factors makes the Liberator, and other guns like it immensely dangerous as it’s not only easy to mass produce, but also incredibly difficult to track, especially since most transactions involving 3-D printed guns occurs over the internet. The 3-D printed gun has also started to evolve, as according to Defense Distributed, the company who made the Liberator, they’ve come up with a way to make fully functional 3-D printed assault rifles.

Of course, I’m aware that the U.S government did take some action regarding the legality of 3-D printed firearms, as they made it illegal under the Undetectable Firearms Act, taking down a majority of Liberator blueprints in 2013, as well as ruling against Defense Distributed in 2018. However, both of these rulings came a little late, as in 2013 the blueprints for the Liberator had been downloaded 400,000 times before being taken down, and in 2018 the blueprints for the fully functional 3-D printed assault rifle were downloaded 1,000 times before being taken down.

So, what I’m proposing is that the U.S government pay more attention to this issue and meet to construct new laws to control the production and selling of 3-D printed guns. This could be done in a multitude of ways. You could amend certain parts of the Second Amendment, create new laws specifically made for 3-D printed guns, or work with 3-D printer companies to stop the spread of 3-D printed guns.

We need this because as it stands, the only way for the U.S government to catch a criminal with a 3-D printed gun is if the criminal accidentally reveals themselves, the government catches the criminal before they download it, or after the criminal uses it. The first 2 scenarios are unlikely if the criminal knows what they’re doing, and you don’t want the third scenario for obvious reasons, the reason that the criminal probably used the gun to hurt someone. There’s also the issue of unchecked progress. Defense Distributed went from making the first functional 3-D printed handgun to making fully functional 3-D printed assault rifles in just 5 years! Imagine if they’re left unchecked like this for the next 10 years.

The 3-D printed gun of today might not seem like much of an issue, but imagine how much havoc it could cause if left uncontrolled. So by signing this petition, we the people of the U.S implore that the government take a stand on this matter and step up to control 3-D printed guns.