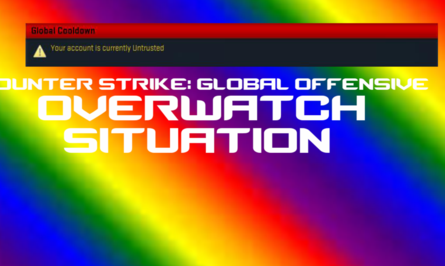 Better or even new Overwatch requirements!

Now these requirements may seem reasonable to Valve. But every day people are getting Global Cool downs just for being good at Counter Strike.

Valve should make the requirements much larger because of the amount of people getting Overwatch is unbelievable and is assuming people are hacking instead of being good.

Lets start by the requirements.

150 Matchmaking wins, Should be raised to 300+ Why? People need to experience the differences between being good, and just hacking. Raising to 300+ Matchmaking wins will have more experienced people doing Overwatch.

At least Gold Nova 1, now this is the biggest mistake valve made. Gold Nova 1 is such a low rank not to be offensive but it is a very low rank for people that just got out of Silver to do Overwatch. I honestly think it should be raised above Master Guardian 1. Why? Cause what if you are Silver Elite Master 500 wins and you rank up Gold Nova 1 and get Overwatch? People want experienced people doing Overwatch.

350 Hours of Counter Strike: Global Offensive, this is not bad but it needs to be raised to at least 750 hours. Why? Again experience, people that might of have their accounts hacked could of easily bought the game again, and played for 150 wins and could be Gold Nova 1 in under 400 hours. This should honestly be raised to 750.

Steam Account needs to be at least a year or more older. I have to say I agree with Valve on this requirement.

Too increase the requirements for Overwatch Developers should pick players that have at least bought one operation of any kind to prevent spam accounts gaining Overwatch.

Now lets put together some of the requirement changes we could possibly bring to Counter Strike: Global Offensive's Overwatch System.

I think making these requirements more tight will make less players Convicted of cheating when they are just really good at the game. We need to bring a change to Counter Strike's Overwatch.