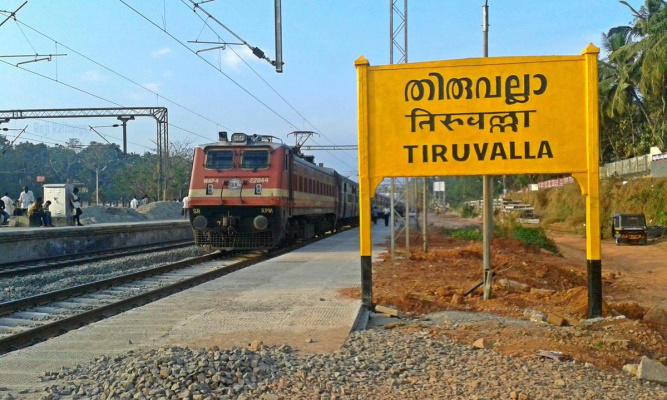 Thousands of passengers, including hundreds of regular commuters, who travel through Tiruvalla railway station every day are victims of gross neglect by the Railway authorities.

One of the largest revenue earning stations, including the goods traffic, the Tiruvalla station lacks basic facilities compared to similar stations in neighbouring Tamil Nadu or Karnataka.

Inadequate ticket counters, lack of drinking water supply on the platforms, absence of proper roofing at platforms and poor lighting system during night are the problems which need the urgent attention of the Railway authorities.

The passengers face an uphill task to get tickets from the current ticket and reservation counters of the station.

The people who want current tickets for travelling to the Thiruvananthapuram and Ernakulam directions are the worst sufferers since only two counters are there to deal with the long queues of passengers.

At times, people are forced to return home after waiting in the queue for nearly half-an-hour which cause them to miss the trains.

The situation at the counter for advanced reservation is beyond imagination since waiting time at the lone counter always exceeds one hour.

Thiruvalla railway station, the only stop in the district for trains where pilgrims to south India’s famous pilgrimage centre of Sabarimala could alight, is said to face neglect, both at the hands of the Railways and the people’s representatives.

We need immediate action from the Railway authorities.