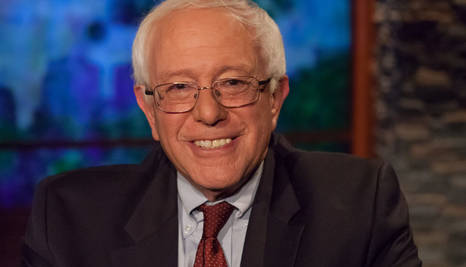 During his presidency, Franklin D. Roosevelt used the growing power of the radio to speak directly with the citizens of the United States 30 times over an 11 year period. He spoke frankly and with a sense of familiarity. Through a banking crisis like the country had never seen, and has not since, through the rise to power of a brutal dictator, through the hardships of a world war that began with one of the most brutal attacks on American soil, FDR cast a light of hope, unity, and courage.

Now, more than ever, we need a voice of hope. We need someone to guide us on our path forward. We need a leader to encourage us to respect and care about one another, regardless of race, gender, sexuality, class, creed, or political preferences. We need Bernie.

We acknowledge that FDR was the president, and that when he spoke he had the power of his office behind him. We further acknowledge that, unfortunately, Bernie Sanders was not elected as our commander in chief, and these chats may come across as an attempt to devalue the Trump administration. We do not see these as obstacles. In fact, we see them as further reason for Bernie to speak to the United States about the challenges this nation faces, as President Trump may turn out to be one of them.

This petition asks Bernie Sanders to use the ever emerging power of the Internet, to speak directly, not just to the citizens of the United States of America, but to the world. Periodic videos would help steer this country in a new direction. They would help us understand what's going on in our government, and how we can help. They would show the world that we are not all the way Donald Trump would have us appear. They would remind us of who we are and what we, as a nation, can become.