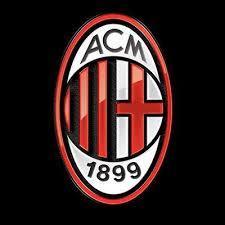 We, the fans of AC Milan, adore this club. We have seen it at its greatest heights, winning 7 Champions Leagues and it's darkest times in the 1980s being relegated and now present day Milan, where the club is struggling to even compete for a Europa League spot. We have been incredibly patient after the 2011/12 season which saw the sale of Zlatan Ibrahimovic and Thiago Silva and the departure of countless legends of the club. We were told, by the management, that there would be a youth project put into place, but that has hardly happened. Young talents in the team with great potential, such as, Bryan Cristante and Riccardo Saponara have been given almost zero playing time, while players with no future at the club such as, Urby Emanuelson and Sulley Muntari are regulars in the starting line up. Signings such as Alessandro Matri and Michael Essien have been some of the most puzzling and disappointing decisions by Milan the last couple of seasons. We have come to realize that there is no transfer money available to the club to make big purchases to push the club forward, however, the owner, Silvio Berlusconi has been adding to his personal wealth, yet not investing into AC Milan at all. Our patience is up. The fans of AC Milan are demanding Silvio Berlusconi to sell AC Milan to an investor who is motivated and willing to put money into the club and bring it back to new heights. We are watching legends of the club like Clarence Seedorf and Paolo Maldini, whoever have been nothing but class and helpful towards AC Milan, be disrespected without reason. We were blessed to have had Mr. Berlusconi be our owner for so many years and bring so much success to AC Milan, but an era is over and so are Milanisti's patience. It is time for Silvio Berlusconi to sell AC Milan.