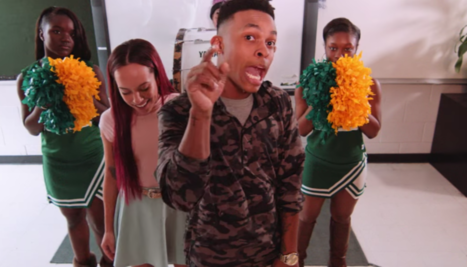 To all those that have fathers or parents in your life, to all those who have some one to help them live out their dreams, and to the many many people in the Hip- Hop community. Please assist me in helping out Benjamin Isaac in keeping his position as a Teacher at TW Josey.

It is ridiculous, that the "powers that be" would go so far as to suspend this man from teaching the youth that truly need some direction, and to go as far as having the audacity to hint that he will permanently lose his position. Let's give Benjamin Isaac all the support we have to help him get his position back, and so that he can continue to assist his son OP4 to fulfill his dream!

It's time to stand together Augusta and Artist!! Let's get these signatures, and stick it to the man.

"Isaac, who has been a Teacher of the Year at TW Josey High on a number of occasions and was named a "Scholar of Change" by Walden University a year ago, has been working with his son on music projects for more than a decade. He's well-connected to the music scene in the city, and he's become a de facto manager for his son. He says that the story around "No Fucks" has been misreported by the press in Georgia; he received permission to film the video in his classroom, he says, and underage students, who only appeared in the classroom scenes either way, had to have their parents sign a release form in advance." - Noisey