Enough lies, enough excuses, enough blame! This administration owes answers not only to the American people, but ESPECIALLY to the families of those four brave heroes that lost their lives in Benghazi. This petition is intended to demand answers from the Obama administration. If the liberal media won't demand answers, the American people will! De-classify the videos, recordings and any other information that would've been transmitted during the attack. We WILL NOT accept silince until AFTER the election. We want answers, the families deserve answers, and if neccessary, we want charges to be filed against those the refused to provide help to those that fought and died in Benghazi. Stop dancing around the questions, Mr. President, Mr. Biden, and Secretary Clinton! Stop trying to save your job, Mr. President. Your job involves protecting the lives of Americans. You work FOR US. You've proven that you don't have what it takes. Enough already, it's time for the transparency you promised us!
Please pass this on, America. When we have the names we need, I WILL forward this to those in Washington that can get the President to answer our questions. 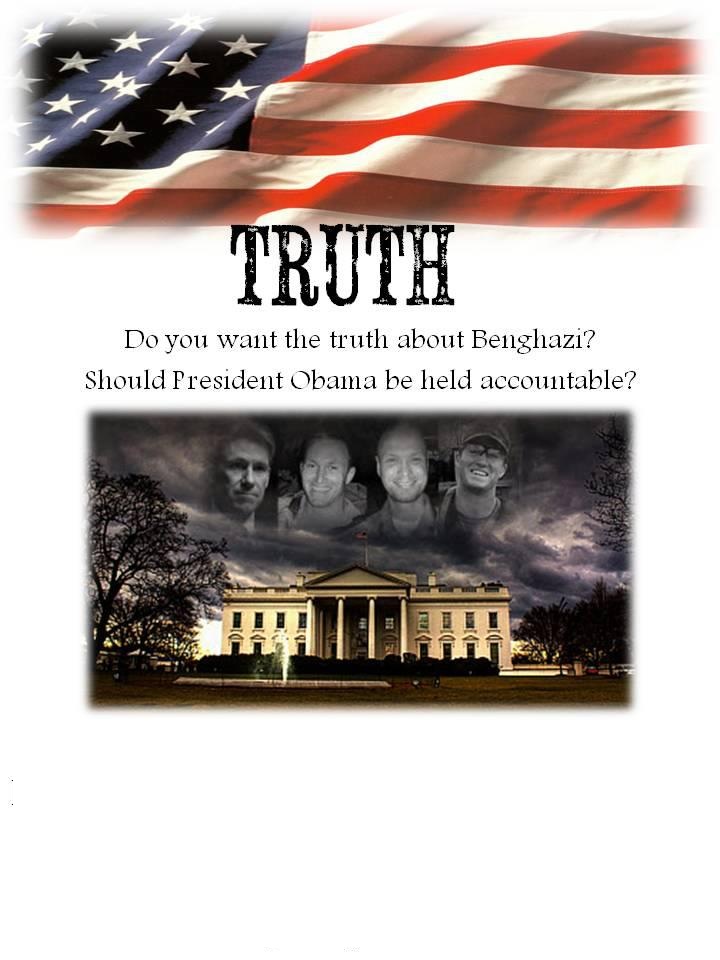