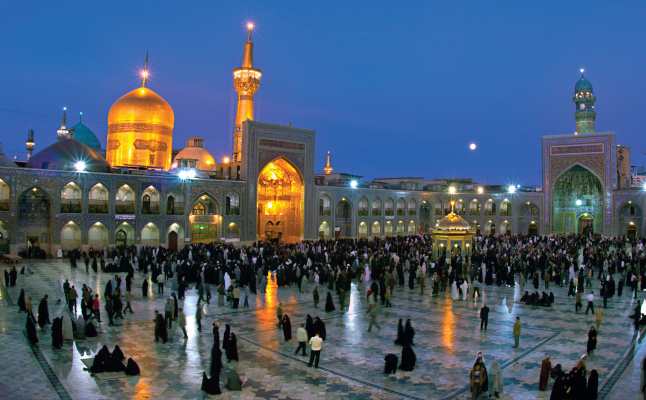 BBG Must Stop Insults at VOA-Persian to Shia Islam

We are hereby petitioning you to have VOA Persian cease and desist Insulting Shia Islam.

First, we call your attention to the fact that the vast majority of the Iranian nation, who are the target audience of VOA Persian, are Shia Muslims. As Shia Muslims, we deeply love and admire our faith and cherish it more than anything in the world. We also believe that the Iranian regime does not represent our faith. It is using Shia Islam as a tool to legitimize itself and guise its barbaric and abhorrent behavior under its good name. The regime has been violating the very fundamental principles of honesty, truthfulness, fairness, equity, common good, and kindness to others that our faith promotes. It is very unfortunate that the actions of the clerical regime in the name of Islam and Shiism have shed our faith in a negative light. This is a tragedy and we deeply regret it.

We want to emphasize not to mistake us for the supporters of the regime. We loathe the regime in Tehran and at the same time love Islam and love Shia faith form the bottom of our hearts. We do not support the anti-American policies of our government. We see American people as generally descent, compassionate, and kind, and we believe they ho deserve our friendship and respect.

VOA Persian has been a reliable source of information for many of us. After the Islamic revolution in 1979, the theocratic regime in Tehran undertook draconian measures to suppress freedom of expression and free flow of news and information. It put in place heavy censorship on the news media with the objective of controlling public opinion and hiding its own atrocities and violations of the basic rights of its citizens.

In this dark age of censorship and suppression of facts inside our country, VOA Persian’s unbiased, objective and professional journalism has been an important source of news and information for us, both inside Iran and for those of us who have emigrated abroad. The hardworking staff of VOA Persian have continued to provide us hours after hours of news, analysis, and reports on culture and science. We thank them and thank you for this. The vast majority of your programs do not carry insensitivity in relation to our sacred and beloved faith.

However, we are at pain and hurt by what is said or implied about our faith at VOA Persian. We and must regretfully state that there have on numerous occasions our faith has been blasphemed and insulted in VOA Persian’s programs. We are not talking about just “insensitive” material. We are not talking about rare occasions. We are talking about outright, continuous disrespect and insult over many years directed at our faith and its basic tenets. Expressions of insult and derision have been deeply offended us. We, as hundreds of millions of Shia Muslims, love and cherish our faith with all our hearts and souls.

While we welcome and encourage programs critical of the regime in Tehran, we cannot allow VOA Persian to disrespect our faith. The former can be, and must be, done without the latter.

Expressions of insult and ridicule in VOA Persian’s programs are generally directed against, but are not limited to,

The actual expressions that we find highly contemptuous and offensive include:

VOA is not a private broadcasting company. As a publicly funded organization, it is subject to laws and rules set by the US Congress. Offending sacred beliefs of the audience, either expressly or by implication, is just below the principles of objective journalism and clear violation of VOA’s charter. VOA’s charter, signed into law, requires the organization to win “respect of listeners.” VOA is supposed to “represent America”, its core values and ideals, and reflect the policies of the US government.

How do you expect to win the respect of the global Shia, who number in hundreds of millions, if your hosts mock, ridicule and laugh at the most sacred founders of our faith, and find laughing at rituals and practices of our faith to be acceptable? Offending religious feelings of hundreds of millions of Shias does not serve US national interests. Nor it reflects America, its core values, or the policies of the US government.

Respect to all faiths is a cherished American value. American presidents and statesmen have repeatedly, on uncountable occasions, reiterated America’s respect for Islam. And they have always underscored the importance of separating Islam and those who use Islam as a tool to legitimize violence, terror, dictatorship and abuse. There are millions of American citizens of Shia faith, who are productive members of the society, pay their taxes and make tremendous contributions to the American society. How would they feel to find out that their taxes are used to fund programs to insult their faith?

In addition to common expressions of mockery and insult, VOA Persian also airs content that is critical of our faith. Throughout the year, on certain dates of the religious calendar of the Shia, round-table discussions are aired that discuss topics related to Shiism, such as Ghadeer, Imamate, or rituals of the month of Muharram. These programs are always designed to be lopsided against our belief system. Outspoken critics of our faith, who either have repeatedly insulted and blasphemed our religion or proving Shiism as a fake religion has t has been the mission to which they have dedicated their lives, such as Bahram Moshiri, are invited to discuss Shiism. From the Shia side, usually the representation is weak and incapable of answering the opponents. Such programs of religious content has no place in a secular institution such as VOA.

Is VOA Persian a missionary TV broadcasting company? Is critique of our religious belief and proving them false a policy of the United States?

VOA programs that contain mockery or intellectual critique of Shiism can easily be used, and is commonly used, by the clerical regime’s massive propaganda machine to portray the United States as “the great Satan” and a sworn enemy of Islam. It alienates millions of Shias. It generates feelings of anger and repulsion against the US in the hearts and minds of Shia Muslims.

Producers and hosts at VOA Persian, responsible for such content, are in violation of VOA’s charter and are not serving the interests of the people of the United States. They clearly allow their own personal bias against Shiism to contaminate programs that are meant to be respectful to everyone's faith.

Here are some Youtube links of VOA Persian programs ridiculing elements of our faith:

We believe that only a small portion of VOA Persian’s audience are non-Shia Iranians, who do not share the sensitivity of Shias. However, the vast majority of Iranians in big cities and rural areas are Shia and they wholeheartedly love their faith. In addition, there are millions of Farsi speaking Shias who are not Iranians and who are equally offended by VOA Persian.

In view of the above, we demand Mr. Lansing and the distinguished members of BBG to take the following steps immediately:

Finally, we would like to reiterate that we thank VOA and the GGB for airing excellent programs that brings us news, analysis, and information about arts, science and culture. The vast majority of your programs do not carry insult or ridicule of our faith. They are informative and play an important role in our awareness of Iran and the world. We want you to keep up the good work. But in the meantime, we are deeply offended and hurt by the vulgarities uttered in VOA Persian programs. Please correct this matter right away.