We want the BBC to honour Rory Gallagher 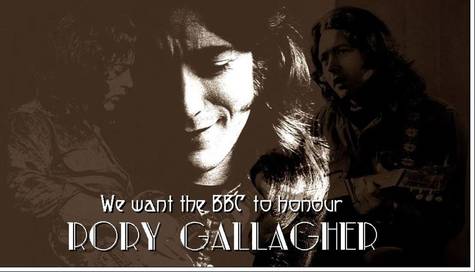 Rory Gallagher was one of the most talented and prolific musicians in the world. He inspired so many famous artists such as Queen, The Police, U2 and Guns ‘n’ Roses to name but a few. We are asking the BBC, in particular BBC4, to honour him by dedicating a day of programming to him. It will be 24 years since he passed away and this would be a fitting tribute to such a great man.