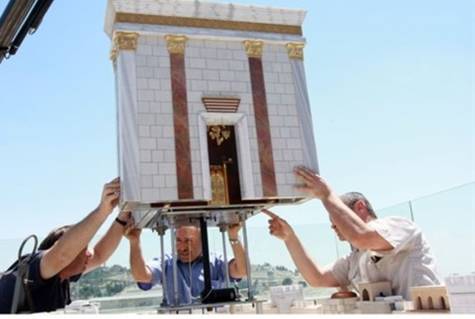 Hello This movement was inspired by 2 main events :

1.) A lecture by Rabbi Gaon you can watch here:

2.) The murder of 13 year old, Hallel-Yaffa Ariel and all the people that died on Kiddush HaShem (Hebrew; קידוש השם‎‎ or "sanctification of the name of G-d " for the blessed land of Israel.

To help Save Jerusalem and the entire Eretz Yisrael by giving the jewish nation/citizens of the state of israel living abroad an absentee ballot privilege.

The Goal of this movement is to raise awareness about creating an Absentee voting system in the current state of Israel. Well we first wanna educate people as well as raise awareness of the matter.

The USA ( and many countries around the world ) have something called an Absentee voting; see link below; and we believe so should Israel allow the jewish nation living abroad a voice...

The USA is a democracy and so is the State of Israel; but for some odd reason Israeli citizens abroad are not allowed to vote. This must be regulated.

Just like american citizens have the power to vote and choose their direction so shall Israel and the true inheritors will have a chance to speak.

5.) Joshua son of Nun and Caleb son of Jephunneh, of the spies of the Land, tore their garment's. They spoke to the entire assembly of the children of Israel , saying, " The land that we passed through, to spy it out- the Land is very good ! If Hashem desires us , he will bring us to this Land and give it to us, a Land that flows with milk and honey. But do not rebel against Hashem ! You should not fear the people of the Land, for they are our bread. Their protection has departed from them, Hashem us with us. Do not fear them ! " ( BAMIDBAR/NUMBERS ; Parashat Shelach, 6-9)

*** Lets please share this petition and after we get enough awareness / votes ( only with the help of G-d our creator and father in Heaven ) we can attempt to voice our concern for the unity and safety of Jerusalem and all of Eretz Yisrael ( The land that flows with milk and honey). In addition to the effort of sharing these please remember to keep praying to Hashem. We are all connected as a nation; therefore as a whole we must worthy as one entity ( with our Minds, hearts and deeds ) to deserving of this.