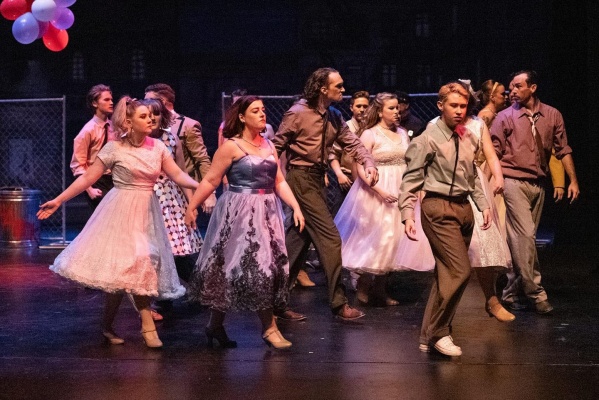 The long history of racism and prejudice in the Lodi community has shown itself once again at the Lodi Musical Theater. Director Nicole Howton has shown that she is incapable of listening to, or respecting the voices of People of Color. Only caring when she has the ability to weaponize and tokenize their existence within her shows for her own benefit.

After gleefully admitting to performing brownface in a past production of the current show West Side Story, Nicole then forced actors in her callbacks to use fake Latinx accents in order to give her show "more authenticity". Not only that, but she sidelined actors of color throughout the entire process. Choosing instead to highlight the white actors and actresses she called back to read for traditionally Latinx roles.

When made aware of her behavior and the affect it had on many POC, Nicole became defensive, and ended up blocking her accuser entirely.

The collaborators of the activism account NorcalActivism reached out to Lodi Musical Theater via their websites contact page for a statement on the issue weeks before the show opened, but we received nothing.

Nichole Howton and those who stand behind her at Lodi Musical Theater have had months to answer for their behavior and have refused to.

The day of of West Side Story's opening, our page published testimonies and concerns regarding Nicole and her production to Instagram in order to highlight their stories and inform the community about the racism and prejudice within it. Instead of answering the accusations, cast members and other supporting community have attempted to berate and shame both the account, and those coming forward with personal stories - of which there have been many.

Instead of demanding Nicole change her ways or at the very least, apologize, the community has held the people of color within the supporting cast of the show up as a shield. Demanding we delete posts and recant accusations on this basis and none other. Nicole going so far as to send personal messages Mocking an actor of color she had previously refused to acknowledge claims of racial abuse from.

This petition was created to help ban LMT from performing at Delta stages in the future, on the grounds that they have repeatedly protected those who allow racists to flourish. Sign your name to help contribute to keeping the racist history of Lodi theater away from our community stages!!!!!