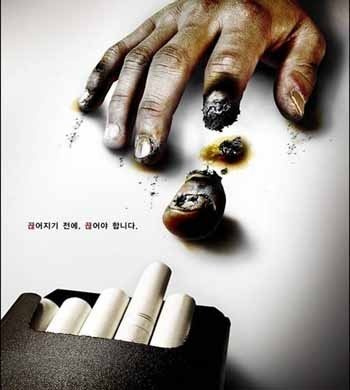 Banned Cigarettes for our city --- CSJDM,Bulacan

CIGARETTES, a small cylinder of finely cut tobacco leaves rolled in thin paper for smoking. Cigarette industries nowadays don't have any care for those innocent citizens who were going to inhale polluted air caused by the cigarettes they're making. Why the government is allowing this kind of action if the result is to make their environment polluted and disastrous? The answer is that GOVERNMENT and CIGARETTE INDUSTRIES are allies. I mean, in my opinion, they are putting tax on cigarettes which is, they know, are going to be a 'big hit' ,so in this case, government must banned all cigarette industries for making cigarettes. THEY CAN PUT THEIR TAXES ON DIFFERENT THINGS (like foods,supplies etc) THAT MAY HELP US NOT TO KILL OURSELVES. How about that "warning sign"? is that the citizens' responsibility to control themselves from smoking? WELL. NO. THE CITIZENS WON'T BE USING CIGARETTES IF THERE'S NO CIGARETTE. THEY WON'T BE TEMPTED TO USE IT IF THERE'S NO "CYLINDER-SHAPED WITH DRIED LEAVES" AND LIGHTER IN FRONT OF THEM. We must take action now.. The air is polluted... everyone's dying.. OPEN YOUR EYES.. BAN THE CIGARETTES!