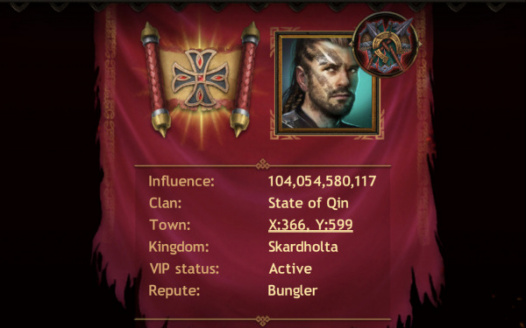 Kingdom 605 Clan name Q888 or jarl name Qin Shi Huang has been bullying all clans and players even threatening them. Some he has threatened to stalk, kill call vulgar names made players leave the kingdom but feels the need to be a bully unless all clans bow down to him. It is bad enough kingdom 605 is dying but having this guy throw all our kvk events and tile hitting everyone and telling people it is due to another clan is not right when that other clan has done nothing but try and help. Plarium has had many many players send pictures and complain about this player and they have done nothing. Please sign this petition in hopes that Plarium will finally deal with people like this.