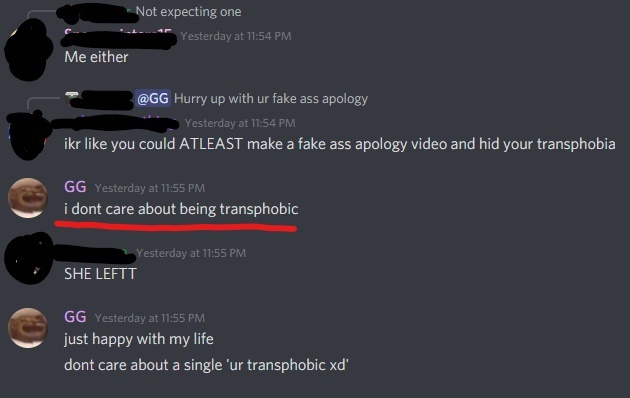 A roblox developer, LocalGJK has been expressing their transphobia. We want him banned for life on the kids game platform "ROBLOX". Many game owners have hired him to build their games, they get commissions. That money those game owns give to LocalGJK is supporting transphobia and a transphobe. They are very ignorant and will ban or warn you if you try to call them out of their transphobia, and most of the game owners that hired them to build are just turning a blind eye and ignore the fact that they are actually supporting transphobia (example Athlania they own the game DPI Abuse Simulator) We are trying to get this ugly white trash annoying homophobia transphobe fired! So please sign this petition against this transphobe asshole!