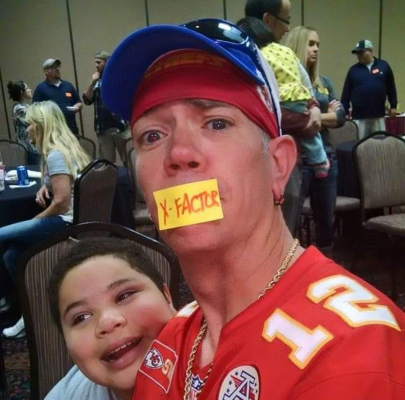 My name is Greg. I’m a lifelong Chiefs fan and resident of Independence Missouri.

I’m sure you all know who Ty Rowton is (AKA X-Factor). He is a self proclaimed “Superfan” who has been around for a long time.

If you aren’t aware X-Factor is a psychological liar and will deny any accusations against him. He has a long and extensive criminal history and abuses drugs and alcohol. He claims that these things are in his past, but recent actions on social media say otherwise.

Everyone struggles with something in their lives. I understand that! But there are some things that CANNOT be forgotten or forgiven.

He has exposed himself in front of children numerous times, he has even done it to a school bus. These actions are well documented. He also has also taken money he raised at sick kids charity’s and used it to feed his addiction to drugs and alcohol. Not to mention he is racist.

We need to ban this terrible human being from ever attending Arrowhead again!

Please help me make this possible!