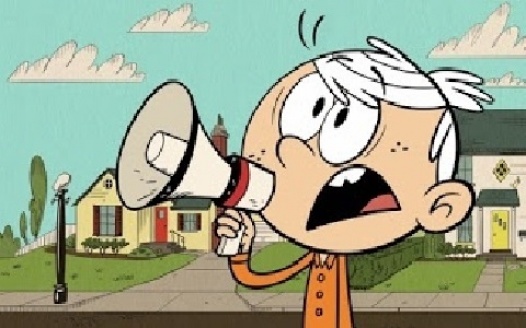 Ban The Loud House Episode "No Such Luck"

As a Loud House fan, I was stunned by one hated episode in particular called "No Such Luck". I can see the reason why, and it is depressing.

In the episode, Lincoln Loud is supposedly "bad luck" to everyone in the family and is excluded from all family activities. He is kicked out from his room and his house and has all of his furniture taken away. Lincoln has to literally live outside as he is considered bad luck and is left out of the family completely. This, even if it is a kid's cartoon, promotes child abuse and neglect. It shows that it is okay to kick a child out of the family and leave them out on their own.

Lincoln Loud is often teased and picked on by his siblings which causes a ruckus in his life. A lot of the episodes of The Loud House show Lincoln being tortured by his ten sisters and the parents do nothing. Even though Lincoln Loud is impulsive and forgets to think about the decisions he makes and how it affects other people, Lincoln is a kindhearted boy who cares about others and their needs.

I am one of the very infuriated Loud House fans that truly despises this episode and its cruel and mean-spirited content. Don't get me wrong, I love The Loud House, but this episode shows of the wrong vibe and promotes child abuse and neglect, which is one of the most intolerable and sickening acts in the world. I am urging Nickelodeon and Viacom to ban the episode "No Such Luck" for its depiction of a heartbreaking act. The directors are also at fault for this as it was their own idea of this being an episode. If you agree, please sign the petition to urge Nickelodeon and Viacom to lift the episode off the air and have the directors accountable as well!