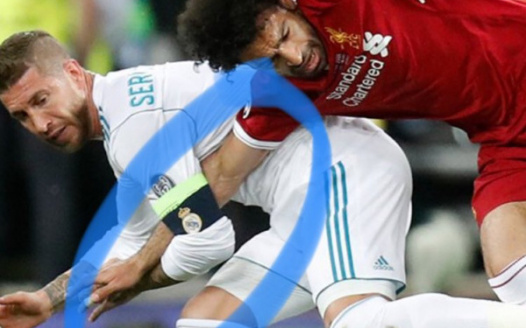 For Sergio Ramos to be banned from Football

Sergio Ramos injured Mo Salah and when you watch the video it's clear that it was on purpose. Without Mo Salah Liverpool isn't the same! Then 2 min before the first goal, when Liverpool goalkeeper Loris Karius made a monumental mistake, you can see again Sergio Ramos giving a kick on Karius forehead. Karius did told the referee but it wasn't taken seriously.

As fans or just spectator we want to see big game, we want to feel and we want to be entertained. Football isn't MMA. A final like that wasn't nice to watch. It wasn't fair. Players like Ramos should be banned!