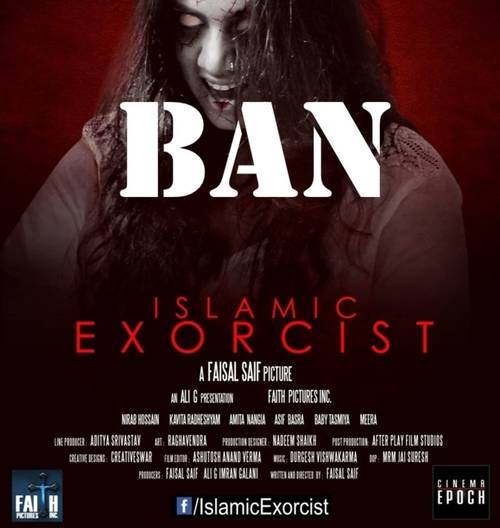 Islamic Exorcist is a Feature Film which is an International Indian Horror film which depicts about Shia Muslim community performing Black Magic and Voodoo in Islam.

The Writer/Director of the film is a Muslim himself. His name is Faisal Saif.

In today's time, where the Islam religion is going thru a rough phase, here we have a Muslim Film maker who defames the Religion more. And portrays Shia Muslim community in a bad light! I have attached the link of the Podcast Interview of Film maker Faisal Saif where he clearly admits about the movie portraying the Shia Muslim community is famous for performing Black Magic and Voodoo.

The Film is being released by American Independent Distribution label Cinema Epoch worldwide this month!

I request everyone to sign this Petition so this could reach Cinema Epoch and they stop this movie from screening or public showcasing and the religion Islam is not portrayed in more bad light.

Let us all show the world by signing this Petition that Islam and Shia Community is about Peace and Love!!!

Please also LIKE The Facebook Page of "Ban Islamic Exorcist" Movie to show your support and Stand!!!