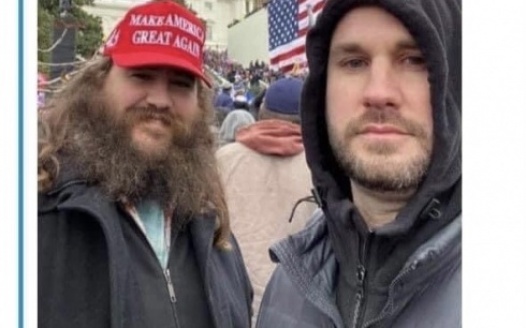 Several images are circulating online that clearly show Zach Deputy, regular Wormtown/Strangecreek music festival performer, attending the attempted coup at our nation’s capitol on January 6th. Deputy has long been a vocal supporter of President Trump, and I want to make it clear that this in an of itself does not warrant him being banned. Unfortunately, Zach went to far this time and took part in an armed insurrection of our Capitol Building that resulted in the deaths of five American citizens. This was all part of an attempt to overthrow the results of a fair democratic election.

We ask that Wormtown Brewery, Wormtown Trading Co., and anyone else in charge of booking these festivals immediately release a statement articulating their rejection of this fascist and his treasonous actions, and a lifetime ban from any and all future festivals. Zach Deputy’s actions were unacceptable. We will never know just how bad of an actor he was; Maybe he took part in the beating of a police officer to a bloody pulp that left him dead. Maybe he did not. But make no mistake about it; Zach Depity took part in an attempted coup. He needs to be held responsible for his actions.

Greenfield, MA is a progressive, peaceful, and patriotic town. We reject traitors and we reject fascists. Please join us in rejecting them as well.