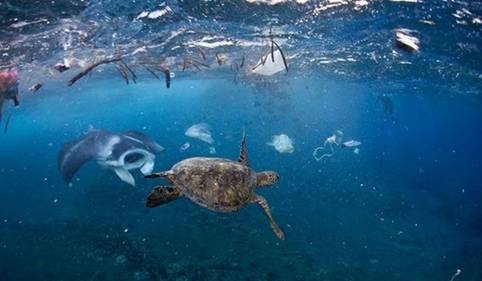 603 people have signed this petition. Add your name now!

We are a group of marine environmental student activists from the Singapore American School Blue Planet Initiative club (BPI) working alongside Plastic-Lite SG. Our aim for this petition is to garner enough support and awareness to enact a governmental policy in banning the selling of single-use plastic bags, plastic cups and plastic plates in Singapore. Not only is this effective in reducing the unnecessary wastes Singapore is creating, our bigger purpose is to safeguard the habitats and environments of marine species from marine micro/macro-plastics and its by-products. We even hope to inspire a chain reaction of countries in the region to follow in our footsteps.

The effects of environmental exploitation can be felt at all levels; from global warming undergoing at an unprecedented rate to mass extinction of species both on land and at sea. Humans being interlinked with nature will suffer similar consequences, our vulnerability equally balanced on a tipping scale. The introduction of the United Nations 17 sustainable development goals in 2015 comprising of targeting climate action, responsible consumption and production, clean water and sanitation as well as protecting life below water hence echoes the importance of every individual’s concerted efforts to contributing to safeguarding the marine biosphere of our seas and oceans.

Statistics have shown that oceans provide us with more than 50% of oxygen in the atmosphere and absorbs majority of the carbon dioxide greenhouse gases. Oceans also provides home to more variety of wildlife than on land. It is imperative that humanity ensure the continuity of its functionality. However, the selfish and greedy nature of humans makes many of the government policy makers and powerful firm executives ignorant and indifferent to the environment; unregulated activities such as pollution often riddle the seas where it is untraceable. The species that are most vulnerable yet paramount to the delicate marine ecosystem have been identified to be phytoplankton as well as corals which are the main focus of translation of aid through awareness and research funding.

"No water, no life. No blue, no green." by Sylvia Earle, renowned oceanographer. As it is that the oceans are much sewn into our blue and breathing planet as well as in us.

As part of the fundamental mission of BPI, our team wants you to join us in doing our part into protecting the collective interconnected habitat of aquatic organisms and mankind. In the face of a changing environment that has challenged humans on a multitude of scales in recent years and in view of the Paris climate Agreement of 2016, the team believes in enacting real change from the community and inspiring others on a larger scale to follow suit. At such a critical crossroad for humanity, mankind is responsible for every action and decision made, either at the expense of short-term profit or the expense of long-run sustainability, that ultimately have their own implications.

If the ban is effected, we will do our best to facilitate a smooth transition and encourage a greener culture.

We have one earth and we all have a part to play in protecting it. Sign the petition and make a change now!

If you have any queries, email us: blueplanetinitiative@gmail.com

Photo credit: Heirs To Our Oceans