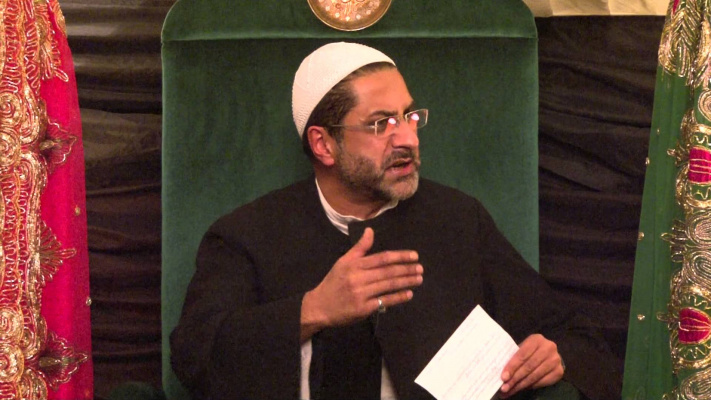 Salamun Alaikum to all Shia Ithna'Asheri brothers and sisters around the world.

The land of Karbala and the tragedy that took place on it is central to our existence. Imam Hussain (AS) is a pillar of our Imaan and it is without a doubt that our religion exists thanks to His teachings and sacrifices.

It is on this note that we would like to express our utmost disgust at the despicable comments made by the so-called Sheikh Arif Abdul Hussain in regards to our esteemed Arbaeen walk undertaken by millions each year.

Labeling this gathering as a Carnival in his lectures and undermining this revolutionary procession is undoubtedly an act of Jahaalat and immorality. One cannot imagine what the consequences would be if an individual of such appalling insight would be allowed to participate in our programs and institutions.

His logic is baseless as he explains the emotions of a Zawaar through his own perception rather than asking a Zawaar what he/she felt whilst undertaking this spiritual journey of salvation.

This immediately raises the question, who is HE to Control this pure procession and what right does he have to comment on the emotions of the lovers of Aba Abdillah (AS)? To our best of understanding, he is a self-propagated pseudo-marjah that has long had his Khums Ijaaza cancelled by his eminence Ayatollah Sistani.

Despite this individuals inexcusable actions, it is beyond our comprehension how various Jamaats around the world that operate under the World Federation umbrella are still supporting and providing a platform for such a characterless and misguided person.

This step is crucial in safeguarding the message of Imam Hussein (A.S) as it is our duty to oppose and stand against those who attack our Aqeedah.

Azadaar of Aba Abdillah (AS)