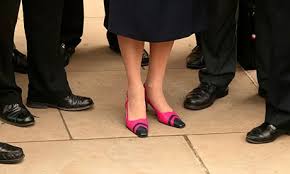 My fellow Australians, over 50% of our population is female (World Bank 2012). However, in the Australian Parliament, which is the elected people to govern our country, you would expect that there would be elected representatives that are also 50% female. This is not the case. According to a report by Dr Joy McCann and Janet Wilson, "Australian women continue to be significantly under-represented in parliament and executive government, comprising less than one-third of all parliamentarians and one-fifth of all ministers."

I believe that this is not a fair representation of our society. Parliaments need to balance the ratio of women to men.
Join with me in asking all governments in Australia to actively correct this imbalance. Sign my petition below to send a clear message to our elected officials that women should be represented in a more equal fashion. Together we can balance our parliament.