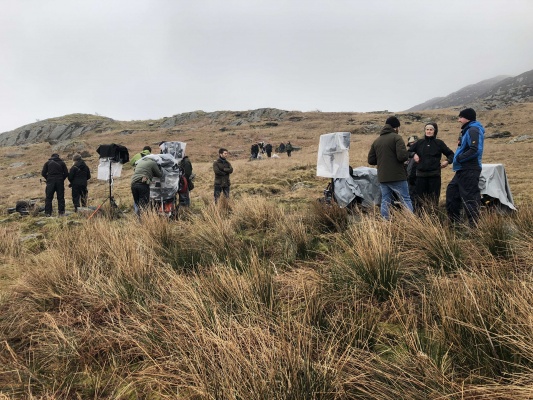 Shortly after sending the petition and a handwritten letter to Amanda Berry OBE, Chief Executive of BAFTA, on 16th February 2022, we received a reply, telling us that the petition will be considered as part of the awards department's annual review in a few weeks. They've also invited me to speak to them when they do this.

If you would like to find out the outcome of that meeting, please email me at lauren.york@uklocations.co.uk and I will be happy to add you to the mailing list.

Thank you so much to everyone who has signed, shared and commented on the petition. Here’s hoping we get the outcome the UK's location managers deserve!

Ever wondered why location managers aren’t recognised at the BAFTA’s, when so many of their behind-the-scenes colleagues are? Us too, and we (UK Locations) are on a mission to put that right. Here’s why:

1. They absolutely deserve one! Not only are location managers fundamental to the success of a film or TV drama, but their role is widely known to be one of the industry’s most demanding too.

2. There’s a skills crisis across the industry, and location managers are in particularly short supply – just as the UK is entering a new golden age of film and TV drama. If the UK is to maintain its position as a world leader in the realm of film and TV, we need to address the issue – and this has to begin with awareness of the role.

Given its mission “to bring the very best work in film, games and television to public attention, and support the growth of creative talent in the UK and internationally”, UK Locations is calling on BAFTA to publicly acknowledge and celebrate the work of location managers (and inspire the next generation!) by introducing an award for them in 2023.

Please help us to make this happen - the more signatures we have, the more BAFTA will listen. (Feel free to put your job title in the comments, too - this will help show BAFTA who this issue matters to).

Want more details? Here's the long version (nb. references for all claims can be found at the end of the text):

The UK’s location managers have set the scene for some of the world’s most iconic films and TV shows. They are the people who interpret and then bring to life the director’s vision - by finding, securing, scheduling, and overseeing the use of myriad locations. Without them, many films and TV dramas simply wouldn’t happen.

That alone is reason enough to give location managers their own award. But there’s another reason why it’s so important to publicly recognise their work: location managers are in worryingly short supply (1). And, as their numbers dwindle, the risks for the industry - and for those picking up the slack (2) - grow more serious.

Right now, UK film and TV is experiencing a veritable ‘golden era’, with record amounts being spent on production in the last year (3) and unprecedented demand for more British-made shows from global streaming companies like Netflix and Amazon (4).

As British Film Commission chief executive, Adrian Wootton, said in a recent BBC news report (3), this golden era “provides unrivalled opportunities for our industry, our economy and our communities to stimulate long-term job creation and prosperity for the whole of the UK.”

But, as BFI chief executive Ben Roberts points out in the same report, "we need to ensure that we stay on top of our game - by building the skilled workforce this level of production critically needs”.

If we’re to attract new recruits, bring back lost talent, and retain those who remain, we need to raise awareness and appreciation of this highly demanding role – and we believe a dedicated BAFTA is the only way to do this (5).

BAFTA itself says (6) its mission is “to bring the very best work in film, games and television to public attention, and support the growth of creative talent in the UK and internationally. We do this by identifying and celebrating excellence, discovering, inspiring and nurturing new talent, and enabling learning and creative collaboration.”

We know new categories can be added – in fact, it’s been happening ever since the second British Academy Awards in 1950, when three extra categories were added to the original two, and it’s set to happen again in 2022, with a recent announcement (7) confirming that “Line Producers / Production Managers / Heads of Production are now eligible candidates for consideration.”

1. On Page 14 of the ScreenSkills report, HETV in the UK Workforce Research, we can see that Location managers were the second most frequently listed grades in short supply and that this situation is only getting worse, with a 5% increase in the number of participants reporting a lack of Location managers between 2019 and 2020

2. Figure 48 on page 45 of the ScreenSkills report, Annual ScreenSkills Assessment August 2019, shows that the effect of reduced staffing is an “Increased workload for other staff”.

5. There are already some awards for Location Managers. They’re recognised at an annual awards ceremony held by the US-based Location Managers Guild International – but it’s not televised in the UK. And they can be nominated for a Production Guild of Great Britain Award – but only as part of a team, and with no specific mention of their role. While these awards are welcome, they do nothing to raise awareness of the role - and it’s only by increasing public awareness that we can send a rallying cry to the next generation of UK location managers and take all the advantages that a new golden era of film and TV could bring to the UK and its people.

7. BAFTA press release about the addition of new candidates