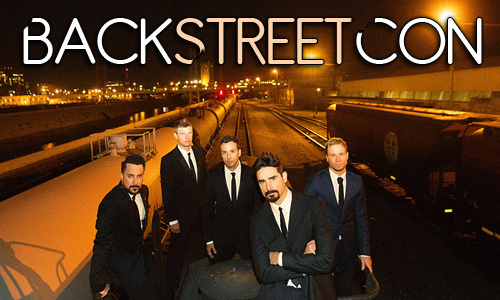 The Backstreet Boys have never had a "real" fan convention other than the cruises for the past five years.

Not since 2010 have the Backstreet Boys performed alone in Orlando, the group's hometown, for a full concert and that wasn't even with Kevin. They performed with NKOTB in July 2011 and a small Christmas concert in December 2013, but other than that, there was no special event or even an anniversary tour concert that hit Orlando.

Orlando and Florida was heavily featured in the film, but nothing has been held here.

We are gathering together (since apparently petitions are read - who knew!) to ask for a Backstreet Boys convention in celebration of their new album and tour. It could be a day or two of events, featuring tours of Backstreet Boys landmarks, a concert, Q&A's, meet and greets, etc. We could go see where Howie's rabbit was killed... Where Nick had his first kiss... The sky is the limit.

Think of it as a BackstreetCon.

The boys actually listen fans, so let's show 'em what we're made of!

Note: This is not a slight towards the European cruise at all. We are proud that you stood up for what you wanted. This is something we want :) #GetLotsofSleepBeforeTheCruise

Note #2: DID NOT KNOW IT HAD A DONATION PAGE... PLEASE DO NOT DONATE ANY MONEY!