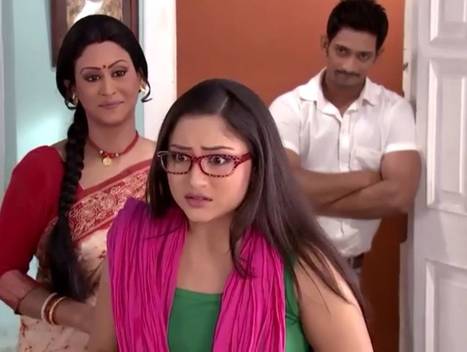 459 people have signed this petition. Add your name now!

GoyengaGinni is a History in Bengali TV Industry. It is a proof of our rich culture and literature. Tribute to Sahana Dutta Madam for such a gift “Detective Parama Mitra”. It is the Only Bengali show which has social values and a wide range of audience nationally and internationally. It is the only Bengali series which encourages Woman empowerment, Family values and social responsibility. You have given an indication that GoyendaGinni Season 2 will come soon. Thank you for that.

We want to see One and only Indrajeet Bose (Arup Roy) as IPS officer with his beautiful wife Priya Malakar(Mimi) In Goyenga Ginni Season 2(Ofcourse with Indrani Madam).

Actors Directors and production houses always say Audience is GOD for them. Today the Same GOD is requesting something from you. Please bring back Indrajeet Bose and Priya malakar as Arup and Mimi. We know that Indrajeet is involved in new project but we are sure big and successful production house like SVF will keep our request. After all It is the best production in Tollywood at the end of the day. It is huge Public Demand/Wish/Hope/Expectation from several corners of this country and the world.

It’s been said that “Nothing is impossible”.. We have immense faith upon SVF and we know that if you listen to our plea once and consider finding a way out, you would be able to mend numerous anguished hearts through your initiative..Hoping for your kind initiative on this issue followed by a decision that would mark an end to our sorrow and heartbreak.