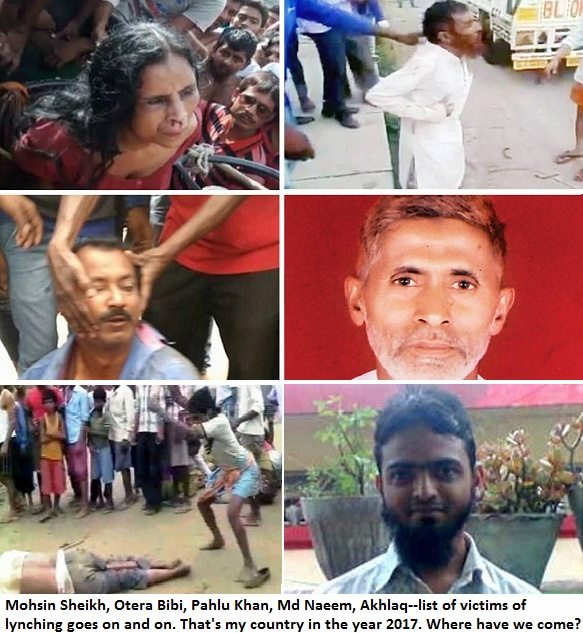 Sub: Attacks on Muslims in different parts of India – Seeking intervention of NHRC to protect the life and liberty of Muslims – Reg.

Civil Liberties Monitoring Committee expresses its deep concern over the growing attacks on Muslim community in different parts of India due to their religious identity or in the name of holy cow, or the coercion to chant Hindu religious slogans. This committee wants to draw attention of NHRC towards these attacks and increasing hatred against the Muslim community because of the systematic propaganda by the Hindu Fascist forces. These systematic attacks and propaganda of hatred increased after Narender Modi led BJP government came into power. This government has given free hands to the Hindutva Fascist forces. The main reason of these attacks is the silence of Prime Minister Modi and his bonhomie towards the Hindutva Fascist forces led by the RSS, where he belongs to.

Our organization has a long list of Muslims lynched since 2014 i.e. after the BJP government came to power at the centre and few states and since then the Muslim community has been a constant target of Hindu Fascist forces. There are only some incidents which are reported in the media but there are many more horrifying incidents in the rural hinterlands which are conveniently sidelined by the mainstream media. The current situation is so drastic that the whole community is in the sense of insecurity.

Muslim community is compelled to ponder over as to what is their future left in this country. Whether they possess the fundamental guaranteed right to life or that they have been reduced to a second grade citizen without any basic constitutional rights is another pushing question that rises in their minds. The sense of insecurity and threat is only due to the present government’s promotion of Hindutva and its culture in the name of ‘Nationalism’.

Giving here few examples of lynching of Muslims due to the beef politics are:

Under these trying circumstances this committee has been observing the very unfortunate silence of National Human Rights Commission which till now has not taken the cognizance of these violent incidents and we strongly believe that NHRC’s complicit silence on these inhuman acts is a serious matter. NHRC by neither issuing notice to the concerned state government nor to the central government and by not calling for any report is undoing its mandate of acting as watch dog on the human rights violations in this country.