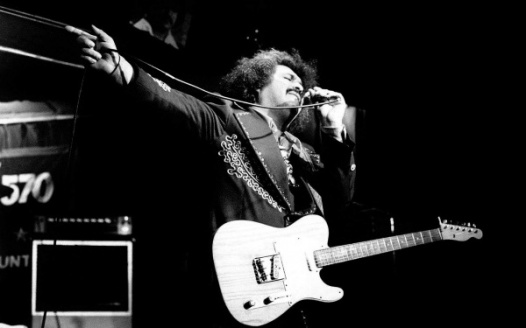 Freddy Fender (June 4, 1937 – October 14, 2006), born Baldemar Garza Huerta in San Benito, Texas, was the most important bilingual singer of his time. Freddy's unique blend of country, R & B, and rock and roll spanned over 50 years. Known as the King of Tex-Mex, this internationally-known solo artist was also a mainstay in super-groups such as Texas Tornados and Los Super Seven. His country songs crosses over into rock, pop, and Latin Billboard Charts. Unique singers like Freddy Fender only come around once in a generation; he was one of a kind. He has a star on the Walk of Fame in Hollywood. He now deserves a place in the Country Music Hall of Fame. Period. Help put him there...Pass it on!
November 22, 2011 UPDATE: Freddy song “Wasted Days and Wasted Nights” has landed in the Grammy Hall of Fame’s class of 2012! What is the Country Music Hall of Fame waiting for?