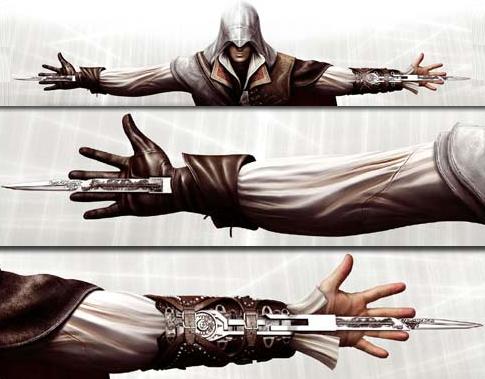 The Hidden Blade is the iconic weapon of the Assassin Brotherhood. Sadly though in Assassins Creed Unity at least they 'removed' it as a main weapon as in you can no longer fight with them. They are now used JUST for when you are close to a enemy and assassinate them. You can no longer actually straight up fight with them. You can't fight with them, block with them, or any of the other stuff you used to be able to do with them in the older AC games.You may still be able to use it for just assassinations but they had so much more potential. So please Ubisoft in a future AC Unity patch add the Hidden Blade to the weapon wheel. We want to fight with them again!