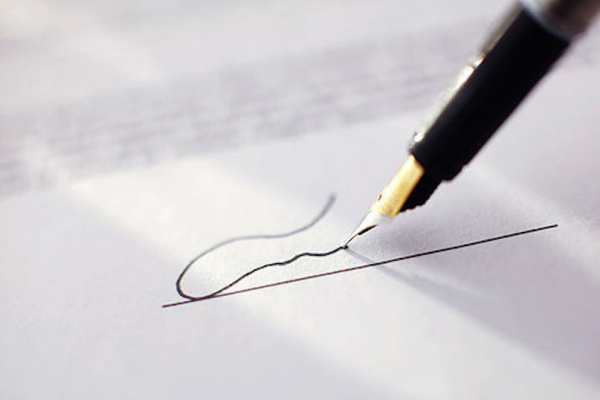 SECLUSION AND RESTRAINT BILL REGULATED BY NJDOE-ASK GOVENOR CHRISTIE NOT TO SIGN BILL S-1163, A-501

With that being said, there is a very interesting bill that has recently passed in New Jersey regarding “Seclusion and Restraint” (NJ Senate Bill 1163). The bill reads “Establishes certain requirements for use of restraint and seclusion on students with disabilities in school districts and approved private schools for students with disabilities. This is interesting language that could lead to indirect oversight of the field of Applied Behavior Analysis in the future. The bill also states a redefined meaning of “Timeout” (“Timeout” in Bill 1163 is defined by a behavior management technique that involves the monitored separation of a student in a non-locked setting, and is implemented for the purpose of calming) and “Seclusion” (“Seclusion technique” in Bill 1163, is defined as the involuntary confinement of a student alone in a room or area from which the student is physically prevented from leaving, but does not include a timeout.) This should outrage every behavior analyst in New Jersey, yet many, are not aware this was presented. Most of the research in the restraint and seclusion realm pertains to hospitals or residential settings (Villani et.al, 2011; Baker and Bissmire, 2000; Leidy et.al, 2006; Martin et.al, 2008; McCue et al, 2004; Mohr et.al, 2008). It is alarming to see that NJDOE is redefining terminology without consulting with behavior analysts that are the experts regarding this topic. The technical definition of “Time-out” means “Time-out from reinforcement”, and involves several variations across organism. The form of time-out referred to in the bill as “seclusion”, is specifically what is known as “Seclusionary Time-Out”, and “Time-Out” seems to be a form of “Exclusionary Time-Out”. For those that are not behavior analysts or behavior analyst enthusiasts, let me break this jargon down. Time-Out, in essence, is time-out from reinforcement. "Exclusionary Time-out", involves relocating the individual from a reinforcing to a non-reinforcing environment but the individual is not alone) and “ Seclusionary Time-Out” involves moving an individual to a separate location, left alone, and prevented from leaving if necessary (Cooper, Heron, Heward, 2007). If a bill such as this one were to be signed into law, it would redefine scientific terminology within the field of Applied Behavior Analysis in the state of NJ, and give the NJDOE indirect regulatory legislation over a field in which they have no expertise. It would equate to taking what a carotid artery is in the field of Cardiology and redefining its function in the human heart.

Aside from this piece of legislation massacring the definitions from the science of Behavior Analysis, it also completely leaves out the concern for treating problem behavior based off of function. It leaves the door wide open for public and private schools in New Jersey that serve children with disabilities to be placed in “seclusion”, as part of normal procedure, rather than as a crisis management procedure. Furthermore, they risk causing an increase in problem behavior if they are treating this problem behavior based off of topography (the term for what the behavior looks like), instead of function (why the behavior is occurring). This leaves an extremely vulnerable population at risk of harm and/or increase in problem behavior, rather than a decrease.

This bill also addresses the topic of “restraint” in the schools. Though it does remove utilizing restraint in the prone position, which is positive, it still doesn’t specify when “restraint” should be used. This bill only specifies that only those that are trained in an NJDOE state-approved crisis management training program can implement restraint procedures. Though this may sound reasonable, the issue lies in the fact that some crisis management training programs that are currently used in schools may not be the safest. This is greatly concerning since they will be the ones determining who is trained and who is not. NJDOE is overreaching within their scope of expertise with having legislation regarding behavior reduction. Furthermore, the only permission that someone needs to implement "Seclusion" or "Restraint" would be from a Medical Doctor (M.D.). It's understandable that an M.D. would be part of determining whether the person's physical health is appropriate for specific procedures that are restrictive, but they do not include the permission and/or oversight from a Board Certified Behavior Analyst, yet the bill says based off their definitions that these are "behavior management" techniques. Behavior analysts are blatantly neglected in this bill, which has implications of oversight from NJDOE, who is in charge of “education in the state of NJ” not “experts in behavior reduction”.

So, the million dollar question is “why should behavior analysts care about legislation in their state?”. The answer is simple. If behavior analysts aren’t involved in creating legislation, someone will create it for you. My fear comes specifically with what occurred in New York State. The field of behavior analysis is now regulated by NYDOE. They also took the liberty of redefining not just terminology, but what Applied Behavior Analysis is in particular. NYDOE has restricted the treatment of Applied Behavior Analysis specifically for individuals with Autism Spectrum Disorders, instead of the empirically validated science for understanding and changing behaviors of social significance. Besides this, it places extremely unqualified individuals in charge of oversight of procedures within a science that is completely out of their scope. This can negatively impact the field of Applied Behavior Analysis when individuals are subject to injuries sustained by lack of trained personnel. People will begin to pair our field with the incidents since the procedures include “alternative facts” of true definitions established by a science that has been around for decades.

This is a call to action to all behavior analysts. We are being left in the dark on legislation that can and will alter the course of our field. Now is the time to gather our behavior analytic tribe and contact our state representatives to inquire about what legislation's are up for voting, that may involve behavior analytic in nature topics. PLEASE SIGN THIS PETITION AND CALL GOVERNOR CHRISTIE TO DENY SIGNING THIS LEGISLATION INTO LAW BEFORE ITS TOO LATE.