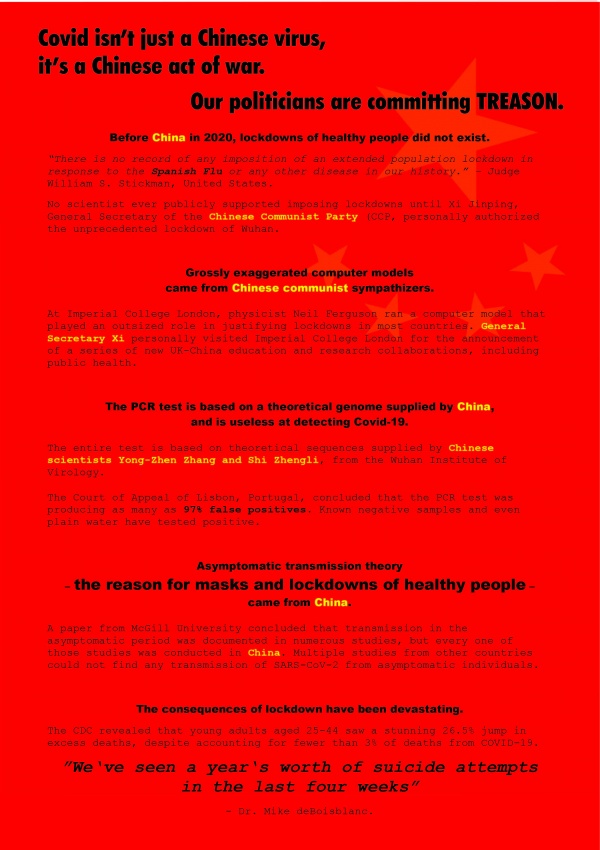 Covid-19 restrictions and mandates are ruining lives in Ontario. These restrictions originated in China and have been propagated throughout the world by the Chinese Communist Party (CCP) and the Chinese-controlled World Health Organization (WHO).

Adherence to these restrictions (including quarantines and masking of healthy people; business, church and school closures; denied access to public spaces; and violations of the Charter of Rights) are un-scientific and constitute an act of treason against Ontarians by Premier Doug Ford.

Waiting months or years for the government to investigate itself is unacceptable.

Sign the petition and make your voice heard. You won't tolerate Premier Ford's abuse any longer. Show him that there are consequences for waging war against his own people on behalf of a foreign communist dictatorship.