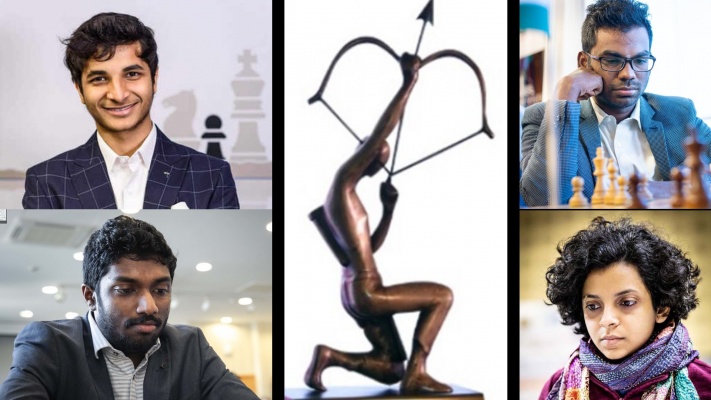 21142 people have signed this petition. Add your name now!

Indian chess is booming and we have some amazing achievements by our top players over the years. The Arjuna award is given to sports players for their outstanding achievement in sports. Anand, Harikrishna, Ganguly, Sasikiran and many other top players have received the Arjuna Award in the past.

However, some of our brightest stars - Vidit Gujrathi, B. Adhiban S.P. Sethuraman, Padmini Rout and many others have been overlooked for the award in spite of some phenomenal achievements. And this has not been happening for just a year or two, It has been the case since last seven years. The last Arjuna Award was received by a chess player in the year 2013.

Chess players who have won Arjuna award in the past:

Via this petition we want to create awareness on how Chess is being dropped off the list of Arjuna and Dronacharya Awards for the last 7 years. By signing this petition, you support us to reach out to the Ministry of Youth Affairs and Sports and Government of India and help the deserving chess players of our country to get the rewards for their proud performances and achievements.

This campaign is run by ChessBase India for Indian Chess Players who deserve to get Arjuna and Dronacharya Awards.

Complete details with achievements of players, their quotes and analysis of why chess players aren't getting the Arjuna Award: https://chessbase.in/news/No-Arjuna-Award-for-chess-players-since-seven-years