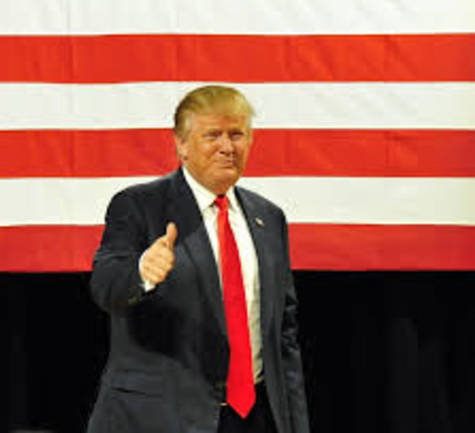 It has come to our attention that our AZ GOP Chairman, Robert Graham, is once again attempting to cheat the Arizona Trump supporters, and the Trump supporters of this country, by chosing Presidential electors for the Donald J. Trump ticket who are not true Trump supporters. This would include Jane Lynch, who has openly and publicly come out in opposition to Trump since being put on the electorate. We, the people or Arizona, as well as our fellow Trump supporters across this country, demand that Robert Graham immediately withdraw both Jane Lynch, as well as himself. In addition, please see the Pledge be signed below. We are also aware that many of the other electors did not support Trump in the primary, and yet another elector, Carol Joyce, has made very negative comments about Trump on many email chains. It is customary and proper to nominate only true Trump supporters. We believe Mr. Graham is doing this purposefully to cheat Donald J. Trump, our elected nominee, out of votes thus shifting the outcome of this election. The outcome of this election is vital not only to the people of Arizona, but it is vital to this entire county. We will not stand silent and are aware that the establishment has continued to move forward with unethical practices.

I would like to include the following so people can see for themselves.

THEY CAN NOT be trusted! In Arizona, they are NOT BOUND. Why is a Trump elector putting in her own vote for Gary Johnson?

The links were too long to fit on here. I am sorry. Please google "Jane Lynch Gary Johnson Arizona" and you will see many articles which quote Jane Lynch as saying she will be personally writing in Gary Johnson.

Politico ran a story under: "Voting for Trump under Gritted Teeth"

One article is under "McCain colluders Graham, Lynch set to scuttle Trump"

This election is far, far too important, in so many ways, to have to continue playing these games with people who are not committed to doing what they are supposed to be doing.

These are the chosen electors. The following will be sent to them.

The AZGOP Presidential Electors have been announced. They are Foster Morgan of Glendale, Walter Begay of Kayenta, Bruce Ash of Tucson, Sharon Giese of Mesa, Jim O’Connor and Jerry Hayden of Scottsdale, and Robert Graham, Edward Robson Joyce Carol, Alberto Gutier and Jane Lynch of Phoenix.

** The following below has been added for informational purposes***

It has come to our attention that Robert Graham has put Presidential electors on the Trump slate who have not supported Trump in the primary, been negatively speaking of Trump in multiple emails, have publicly come out saying they will write in a candidate or will support Gary Johnson. Mr Graham, while “supporting Trump” on his Twitter feed, has done things to sabotage this campaign such as telling volunteers to leave the Trump rallies, thus leaving the Trump campaign with no table, no interaction with supporters, no way to sign up supporters as volunteers, and no way to register supporters. Even those wanting to donate to the campaign during the rally where turned away. This is just one of the many things that have been going on.

Since actions speak louder than words, we are asking for the following Presidential electors to sign this Pledge below. Each electorr will be receiving this individually and immediately. We will be reporting on the ones who send it back to us personally signed.

I understand that if I do not fulfill this obligation that I am participating in frauding the Arizona people and the people of the United States of America by disrespecting our electorate process and voting against the will of the people.