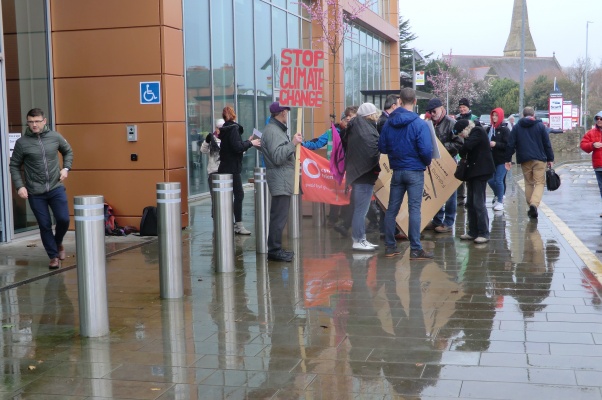 APSE We Object To Conwy Council Receiving The Council Of The Year 2022 Award!

Dear APSE, Conwy County Borough Council do not deserve any Council Of The Year Award!

They are totally inept! They do not listen to the community, they waste our money, they destroy our heritage and do it with such relish and do it in such a dictatorial way.

Here are some examples,

The mistakes surrounding Conwy county council’s £3.6m white elephant project to site an HGV depot at Mochdre Commerce Park highlighted a lack of leadership, policies ignored or misunderstood, and no one being held to account for organizational failings which permeated the authority’s project management. a building in Mochdre before checking they could use it for vehicles cost £3.6m and no one was held accountable.

The Skip at Porth Eirias has cost a vast amount of money to repair despite locals not wanting the money wasted on it.

In Abergele without the resident's consultation they have already drawn up plans to put a new roundabout in that will see the loss of homes and businesses.

In Rhos on Sea, they have failed to listen to residents on a one-way system on the promenade.

The Council has refused to implement a local listing policy and has allowed the destruction of historic buildings including an Arts and Crafts house and an Art Deco House in Rhos on Sea, and soon in Abergele will allow the destruction of a 300-year-old Coaching Inn!

The council has failed to embrace Carbon emissions as well as Embodied Carbon, and protect trees.(climate protestors even stormed the council offices)

Conwy’s cabinet has been accused of undemocratically taking £307,000 from schools’ reserves to fund a teachers’ pay rise the council failed to plan for. The accusation was made by the scrutiny committee.

Residents Council Tax has increased again due to the council's incompetent money management.

The list is endless of incompetence or arrogance, some even suggest corruption is endless.

A community group in the area wrote to object to the Council bid for the City Of Culture so this is nothing new.

This petition will be sent to ASPE.