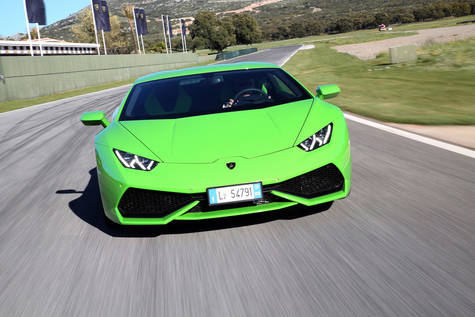 LAMBORGHINIS ARE AMAZING AND HAVE SO MANY USES AS AN EMOJI. PERSONALLY ITS A DREAM AND HOBBY THAT KEEPS ME MOTIVATED AND PUSING FORWARD!!! WE NEED A LAMBO EMOJI!!!

A few facts about Lamborghini the company:

Fact 1:
Lamborghini is named after the founder of the company Ferruccio Lamborghini.

Fact 2:
The fastest Lamborghini car in the world (Murcielago R-GT) has a top speed of of 370 km/h.

Fact 3:
In 1963, when Lamborghini was founded, it first manufactured tractors for several years.

Many of the cars are named after Spanish legends.

Lamborghini was once an independent company, but is now owned by Volkswagen AG together with Audi.

Most Lamborghini cars had a v12 engine except for the Gallardo, which has a v10.

The owner of Lamborghini first drove a Ferrari when he started the company, but the car had a constant nagging clutch problem which frustrated him to the extent of making him manufacture cars instead of tractors.

In 2007, Lamborghini sold over 2 580 cars which is the highest amount of cars they have ever sold in a year.