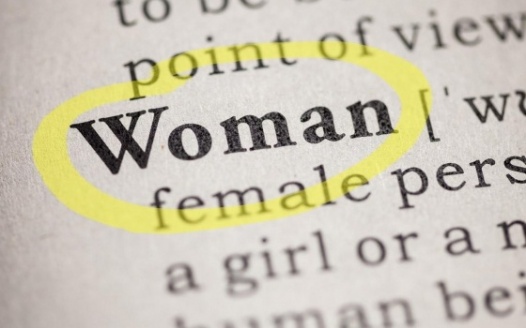 ANYONE CAN BE A WOMAN ??

On 27 May 2020 The Australian reported that Australia's top scientific body (the Australian Academy of Science) has now adopted the definition of woman to mean 'anyone who identifies as a woman'. The article goes on to say, Chief Scientist Alan Finkel backs the Academy's position claiming this supports 'an inclusive culture within science'. A spokesperson for the Academy claims the definition is in line with treaties signed by Australia that ‘promote equality between women and men’.

We seek to understand how this decision was arrived at. Were all members of the Academy involved in this decision and what specifically is the scientific basis for this unscientific assertion? Further, there are no International treaty obligations Australia is party to that privilege gender identity over biological sex, so what treaty obligations is the spokesperson for the Academy referring to exactly?

If the leading authority for science in this country, has decided that any man who claims to be a woman is now scientifically considered to be a woman simply by declaring so, then what implications does this have for women and for science?

What does this mean for issues such as scientific evidence for women, medical treatment for women, statistical data for women, funding for science and medicine for women's and girl's focused studies, and more?

This petition seeks to encourage much-needed discussions with women and women’s groups that understand the importance of upholding sex-based rights for women and girls and ensuring the protection of science as a respected discipline devoid of political influence and subjective hyperbole.

We are concerned about how this arbitrary definition of ‘woman’ will adversely impact the 12.6 million women and girls in Australia now and for years to come.

We ask, how can this unscientific claim be considered 'inclusive' when it ultimately seeks to exclude women?

We believe this matter needs to be addressed urgently and that all women and girls in Australia deserve an explanation. Thank you for considering our petition.

The Academy's definition of 'woman'

Link to the article in The Australian

Women's Action Group would like to take this opportunity to thank everyone for signing our petition. Once we have secured as many signatures as possible, we will seek to have our concerns outlined above adequately addressed by relevant Ministers. Kindly note as a result of this years' Federal election and subsequent change in Federal Government we have updated who will receive our petition.

Please be sure to share our petition to all your platforms so that we can reach our target as soon as possible. Again, we thank you for your continued support.