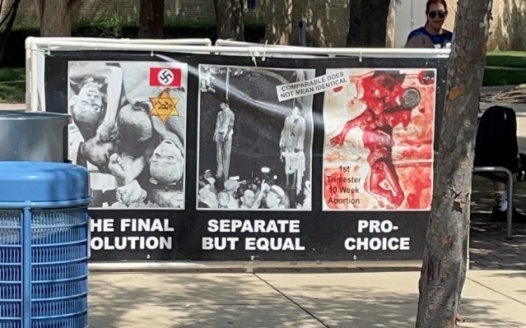 Anti-Semitism and Pro-lifers'Demonstrations on MC Campuses

Huge signs comparing the Holocaust and its victims to abortions were shown.

It is NOT the first time the demonstrators have been seen on campuses while comparing the Holocaust and its victims to abortions.

We, Montgomery College students, demand an explanation regarding Montgomery College's lack of intervention in these cases, allowing the demonstration to continue. We also demand actions to be taken by the MC administrations, ensuring such things will never happen again.