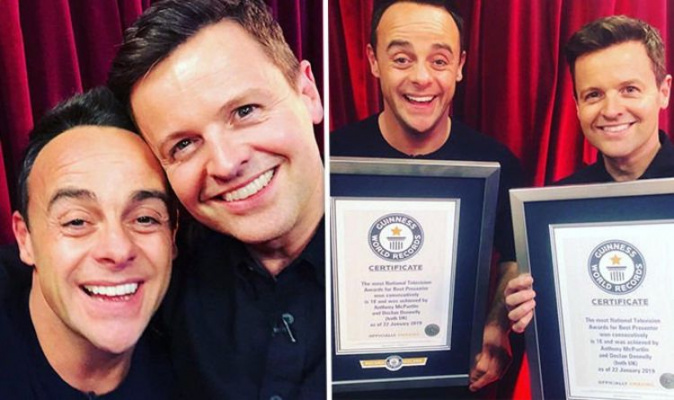 234 people have signed this petition. Add your name now!

Following their newest success, they were surprised by Guinness World Records and received their certificates for “the most National Television Awards for Best Presenter won consecutively is 18 and was achieved by Anthony McPartlin and Declan Donnelly (both UK) as of 22 January 2019.” newspaper article

They were awarded during the recording of the auditions for Britain's Got Talent season 13 and the camera team has filmed the happy surprise.

Please sign this petition if you would also like to see this footage shared by Britain's Got Talent! Ant and Dec are national tv treasures and their supporters and fans would like to be able to be part of that happy moment in their career!