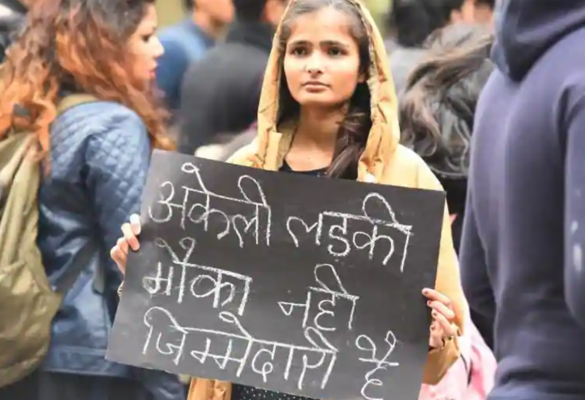 Notably, on June 26 Inspector-In-Charge (IIC) of the Birmitrapur police station, was suspended for dereliction of duty. Majhi was accused of allegedly raping, impregnating and then forcefully terminating the pregnancy of the minor survivor.

The minor was reportedly repeatedly raped by Majhi and another cop of Birmitrapur police station, the girl’s step-father and his two male friends over a period of four months. She used to stay with her aged grandmother and the matter was allegedly suppressed.

In the night of June 14, the survivor, who was over eight months pregnant, was found roaming aimlessly in Birmitrapur town.

Some policemen reportedly took her to Birmitrapur CHCII and without informing the CWC (Child Welfare Committee), terminated her pregnancy on June 15. She was later sent to the ChildLine shelter home where she developed health complication and was treated at Rourkela Government Hospital (RGH) from June 20 to 22. The matter came to fore after the girl’s condition worsened.

A complaint had been filed against all the accused of raping her over a period of four months. The doctor of Birmitrapur community health centre (CHC)-II has also been accused of illegal termination of her pregnancy. A police team led by a lady DSP recorded the victim’s statement at the Childline shelter home.

S Jena, the district child protection officer of Sundargarh, who came to know about the crime, lodged a complaint with Raiboga police against Majhi, another police personnel, the doctor who conducted the abortion at a community health centre, the stepfather of the girl and two others.