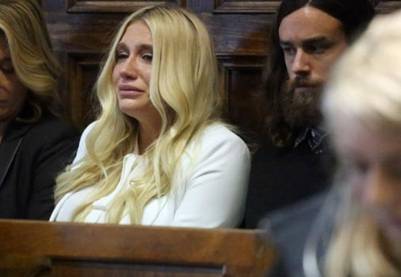 On February 19, 2016, a Manhattan judge ruled that despite Kesha having been raped and abused by her manager, Dr. Luke, Kesha would have to stay bound under their contract and continue to work for the man who raped her. Sony Music Entertainment has supported Dr. Luke during this, saying that they will stand by his side and help continue to block Kesha from releasing any new music.

This is completely unacceptable, and is a clear show of our society's misogyny at its best. Zayn Malik was able to terminate his contract with Sony simply because he "felt unhappy", yet Kesha is being forced to remain under contract despite having been molested and beaten by Dr. Luke. It just goes to show that in our society, women are thought of as sex toys, as meaningless, discardable entertainment that can simply be destroyed once they're no longer willing to be sex slaves.

Sony Music Entertainment has GOT to go, as well as Dr. Luke. If there's one organization that can make life a living hell for these monstrous oppressors, it's Anonymous. Anonymous has taken on such monsters as the Westboro Babtist Church and ISIS, and has even attacked Sony before. These hacktivists are our only hope to take down these chauvinistic male-supremacists, since the U.S. Government has ONCE AGAIN failed us and proudly perpetuated rape culture.

Anonymous, you are the only organization that is capable of bringing justice to this matter and giving Kesha Rose Sebert the freedom she deserves, as well as spitting in the face of Sony, Dr. Luke, and the disgustingly flawed U.S. Government. We are asking you to please take on these monsters and fight for Kesha's right to freedom, and in turn, the rights of all women. We implore you to take action and bring justice to this disgusting situation as only you can.