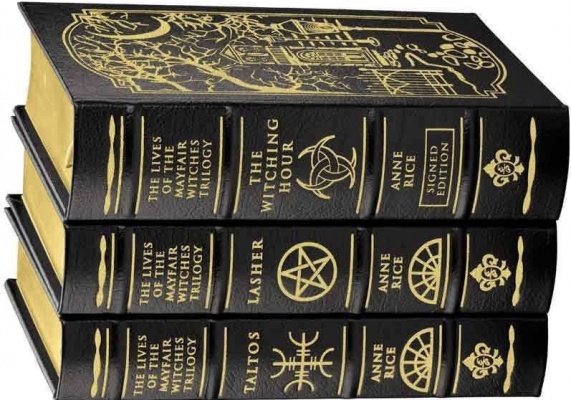 In 2016, Easton Press (www.eastonpress.com) released a 3-volume, limited edition, leatherbound set of Anne Rice’s “Lives of the Mayfair Witches”, consisting of “The Witching Hour”, “Lasher”, and “Taltos”. The first book in the trilogy, “The Witching Hour” was hand-signed by Anne Rice. Because Anne Rice passed away on 12/11/2021, we obviously understand that if a second printing of the trilogy were to be released by Easton, all three volumes in the trilogy would clearly be unsigned.

There is a HUGE demand for this set to be reprinted and made available for sale again. These books have an enormous following, and now that Anne Rice has passed away, it has become more and more evident that fans and lifelong collectors alike would love to be given the chance to own the gorgeous editions that Easton Press created in 2016 without being faced with paying literally thousands of dollars to a reseller.

Based on this petition, please carefully consider this request to give Anne Rice’s fans the chance to own these magnificent books. You won’t regret it.