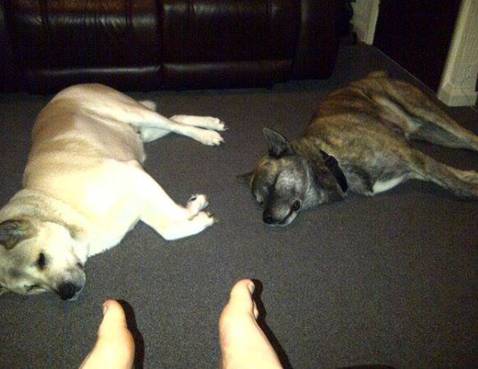 I had my two akitas wrongfully re homed by a woman who claimed she was helping me after mental brake down. i originally was going to re home but then found out about fostering. she agreed to foster but then later that day stated she was re homing due to my mental stated i thought there was nothing i could do. now im back healthy and happy again i have realised and im doing everything i can to get my babies back. there are quite a few flaws in this she stated she works for agency but never got a document signed by me i.e the previous owner giving my rights over to her or any agency worked for. she also re homed my two gawjus dogs within ONE DAY! and let alone that being bad enough re homed my bitch which pregnant and still is. i need all the support and help i can get to make as much fuss over people who clearly dont do there job properly and in this case used some ones mental state against them.

PLEASE SIGN ... AND HELP ME GET MY GAWJUS BABIES BACK BEFORE SHE IS DUE TO GIVE BIRTH.